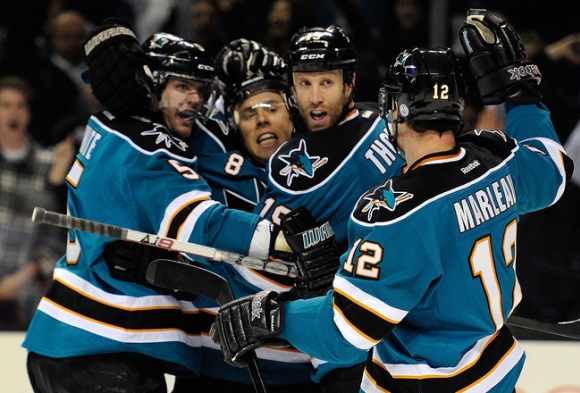 Lawyers for the City of San José and Major League Baseball presented opening arguments in Federal Court over the city's lawsuit claiming MLB is interfering in its quest to move the Oakland A’s to the third-largest city in California and the tenth-largest in the United States.

Why wouldn’t MLB want a team in this market you ask?

Well, MLB may want a team in San José, but the San Francisco Giants do not, claiming they have territorial rights to that market. In a backhanded sort of way, the home of the Sharks is saying all the Giants really have territorial rights to are Fisherman’s Wharf, tourists waiting in line to visit Alcatraz, and 49ers fans who are bored waiting for training camp to begin!

Last time I checked, San Francisco and San José are two distinct and different cities. If residents from San Jose wish to drive 50 miles to attend a game at AT&T park, that is their prerogative. Or they can drive 42 miles to Oakland -- which has been possible since 1968 -- to see a game with 5,000 of their closest friends and hope the plumbing fixtures in the men’s room don’t overflow with raw sewage, as members of the Seattle Mariners discovered! If you'll recall, they were forced to share the same locker room with A’s players in a game back in June.

This is the second lawsuit that MLB Commissioner Bud Selig found himself currently involved with, as Alex Rodriguez took a page out of the Jerky Boys' Sol Rosenberg playbook: “sue everybody!” and named MLB, Selig, a Yankees team doctor, a partridge in a pear tree to be named later, and the Columbia University medical center for malpractice. No wonder Bud announced his retirement last week!

Here is a statement by Rodriguez about the lawsuit:

"We're in a process," he said. "The process has to be respected. What I do know is that I'm very happy with the support. I want to give my thanks to all of the Hispanics in the entire world, here in New York City and [who've] been here the entire week. Keep supporting me. Thanks a lot."

Is he just assuming no Caucasians, African-Americans, or Asians are on his side?

Anyway, moving forward, yet another lawsuit was filed last week, this one by Albert Pujols of the Los Angeles Angels of Anaheim against former St Louis Cardinals star Jack Clark, where the former Redbird slugger accused the even more former Redbird slugger of causing him mental anguish and anxiety by his accusation of El DL using steroids, or elephant testosterone, or Love Potion No 9; it wasn’t very clear based upon the wording of the lawsuit.

Pujols said he will donate any proceeds to charity and expects an apology from Clark.

Mr Clark was promptly fired from his radio show for his comments about Pujols.

And we all saw how well these lawsuits worked for Ryan Braun and Lance Armstrong!

So as those wonderful post-season series began over the weekend, MLB finds off-the-field distractions a bigger story than the actual pitching, hitting, and catching of a baseball. Whatever the outcome of these lawsuits -- whether the judge decides for the plaintiff or the defendant -- MLB may want to consider starting its own type of reality show similar to the People’s Court, which could be aired on the MLB Network.

This could be a ratings gold mine, as the wild card games proved to only be hits in the four cities that had a horse in the derby. Could you imagine A-Rod speaking with Doug Llewelyn in the hallway after accepting Judge Wapner’s decision?

This also begs a clarification: since the San José vs MLB trial proceedings are held in Federal Court, there was a judge available to preside over the case with the government shutdown in full effect because most federal courts have cash reserves to cover basic operations for up to two weeks. Civil litigations aren't exactly covered by the Sixth Amendment, so unless arguments can be made quickly, the case is likely to be suspended for a while.

So baseball fans, try to enjoy the action on the field and the intense atmosphere surrounding October baseball, and leave the action off the field to the lawyers in fancy suits, and judges in silk robes!