American Eagle Picks Out the Game's Only Canadian 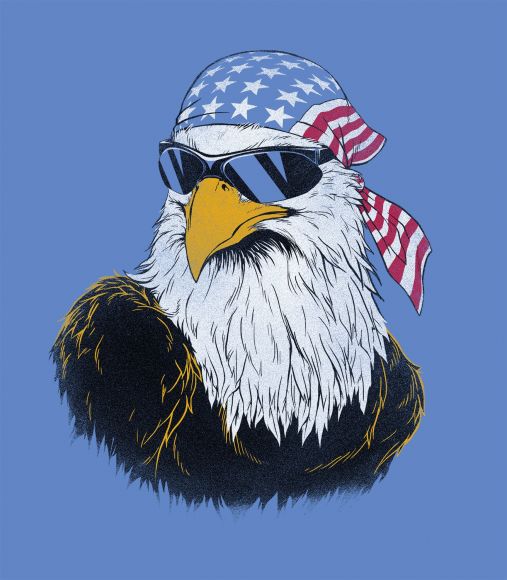 The baseball season's been weird enough in Minnesota.

The Twins' schedule slated their home opener at a time of year when it can be crazy-cold in the North.

As in competing with ice fishing for recreation time.

To do so, the Twins' promo people decided to add an extra trimming or two for their pre-game festivities.

And what better than that majestic symbol for the red, white, and blue?

If you're in doubt, this would be the one not in a bun, wearing shades, or forming a mushroom cloud.

Two of those three are already stadium staples, and a little tweaking of the scoreboard pyros could make it a clean sweep.

But bald eagles are special.

They're making an impressive comeback in the Minnesota wild, although none have yet been spotted anywhere near the Minnesota Wild.

Spotting, of course, is a bald eagle specialty.

All of this points to the fact that when an eagle spots something of interest in surroundings that are wild to it, beware.

Even when it gets rolled out for the national anthem.

So the touch of a talon isn't gonna faze him.

And who knew eagles were South Park fans who could instinctively tell Canadians from Americans?

And who knew Paxton's head was actually in those two telltale parts?

Bottom line: The eagle knows who's who in the zoo.

So rocket's red glare that all the way to the border.