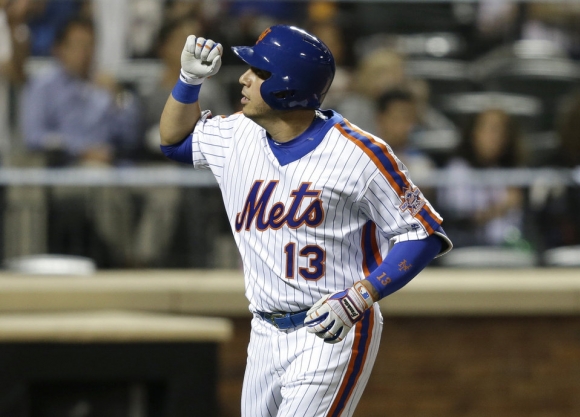 The issue is starting be how much fight is left in the dogs. The National League’s three battlers have been so mediocre, they’ve allowed the remote possibility of a team that bailed at the non-waiver trade deadline to have a puncher’s chance:

Last night, though, bucking the trend, New York’s Metropolitans were doing the punching.

OK, it was against the Philadelphia Phillies, but manager Terry Collins’ defending champions just got done being swept at home by the lowly Atlanta Braves. Dudes well and truly needed this:

The Mets fielded 27 players in this one, a team record.

Any more extra innings, and they might’ve been forced to call up Tim Tebow for miracle work, if nothing else.

With Jakob de Grom – hey, Dutch name, Dutch grammar; deal with it – on a well-stocked shelf, the Mets’ rotation is running on fumes.

Their bullpen situation isn’t much better. Those dudes are running on empty, as the mounting number of late-game blown leads will attest.

New York may be the contender with far fewer opponents over .500 on their itinerary, but they’re re-visiting another old baseball scenario the hard way:

Games against contenders is as close as those also-rans are gonna get to a pennant race, and the excitement sorta wears off on them.

Meanwhile, the Mets, Giants, and Cardinals are doing their best just to not wear out.