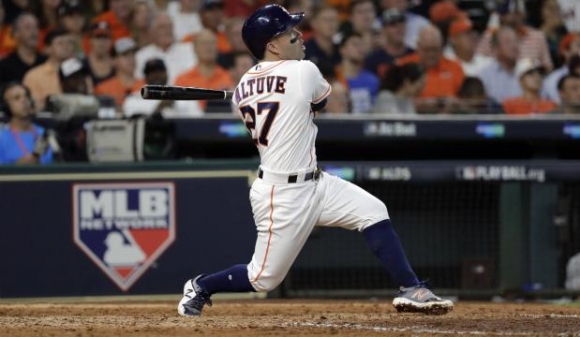 Four seasons of tanking have put Houston in this position.

Among other things, they produced:

And only breaks out the infamous threads that begat their more refined look ...

But fashion statements aren't their defining image these days.

The Boston Red Sox knew that, of course, and surely knew what they were getting into in their American League Division Series matchup.

But how could they prepare for a red-hot José Altuve?

Just as quickly as Cleveland getting a jump on the New York Yankees in the other divisional semi-final.

Houston's already looking in T-minus mode for liftoff to the next series.

Game 2's gonna be huge for both Boston and the Bombers.