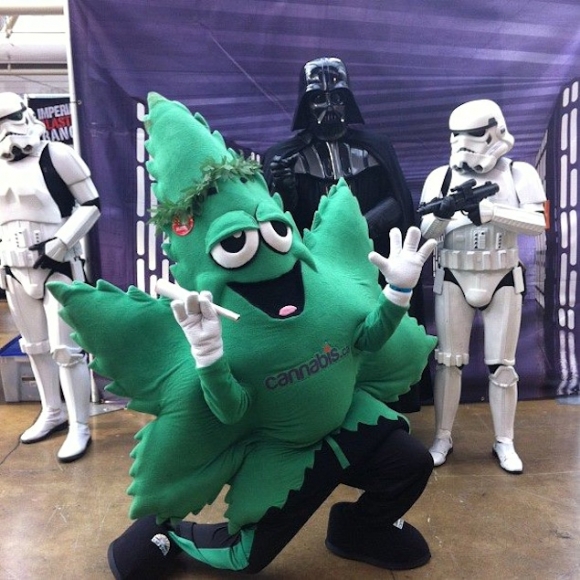 Toronto has received a flood of negative press lately, thanks to their crack-smoking, wacky mayor Rob Ford, but it's one of the largest cities in North America.

Even though it’s a hockey town, the Blue Jays consistently drew over four million fans in their heyday, which culminated in back-to-back World Series championships in 1992 and 1993.

1993 was also the last season Toronto made the post-season, leaving only the Kansas City Royals with a longer playoff drought (1985).

Playing in the AL East hasn’t made it easy on the Blue Jays. This division belongs to the Rays, Red Sox, and Yankees.  They’ve gotten off to a good start in 2014, and with the extra wild card spot up for grabs, you never know what could happen.

What won’t happen is this team drawing four million fans.

It’s hard to believe that Arencibia was one of the top prospects in the Blue Jays organization at one time. In addition to falling short of the Mendoza line, he was not particularly good with the glove, either. Making 11 errors as a catcher takes special talent. Real special.

Overbay is the antithesis of Arencibia. He consistently ranked as one of the top defensive first baseman but left a lot to be desired at the plate, which fits perfectly for an All-Time Snark team.

The Blue Jays were a pretty darn good team in 1987, featuring AL MVP George Bell, but 96 wins weren’t enough to make it to the playoffs, as the Tigers won the AL East by two games and probably should’ve featured the real AL MVP, Alan Trammell, but that’s an argument for a different column. Toronto would’ve won the AL West by 11 games, but no, thanks in part to Iorg’s awful season.

Ainge made a wise career choice, transferring to the NBA where he was a decent shooting guard and played in two NBA Finals. He's currently the president of basketball operations for the Boston Celtics, the original team that drafted him. The days of the two-sport athlete are over, and for Ainge, never really developed north of the border.

It’s always good to see teammates get selected to all-star teams and earn accolades, even if they’re for the wrong reasons. The Blue Jays went 37-69 during the strike-shortened 1981 season and more than doubled their win total the following season. At least, they figured out how to play ball!

There’s that tremendous 1981 season popping up again, as Al Woods joins Danny Ainge, and Alfredo Griffin on the All-Time Snark team. It’s kind of neat how there are three consecutive seasons in a row represented in the outfield. Now, if we were putting together an All-Time Blue Jays team, 1984 Lloyd Moseby would probably be the centerfielder, but in 1980, he's a great candidate for our Snark team. Bailor, on the other hand, was still remnants of the 1977 expansion team and very deserving on our team from the Great White North, eh!

Clearly, 1978 was not a good year in Toronto. Their second year as a major league franchise resulted in 102 losses and three starting pitchers on the All-Time Snark team. What a great sample size for researchers! Juan Guzmán was an all-star in 1992. Do I need to explain why he wasn’t selected for the team in 1995? Should I go on?

The Blue Jays quickly fell from grace after their 1993 World Series title, where they employed veterans Rickey Henderson, Roberto Alomar, Paul Molitor, Devon White, Joe Carter, Dave Stewart, and Dave Cone in what was one of the best championship teams assembled in the 1990s. Most of those players were jettisoned by the late 90s in what was a perpetual rebuild while waiting for youngsters Shawn Green, Vernon Wells, and Carlos Delgado to develop. There was just no getting past the Yankees in this era.

It’s obvious that the Blue Jays had no better option in the bullpen than Batista to work the 9th inning. Not that it mattered in 2005, as an 80-82 record wasn’t sniffing the post-season. Just wait, there will come a time when a sub .500 team grabs one of the wild card spots and then everybody will be up in arms and claim it’s too easy to make the playoffs. If that was the most worthy team of a wild card spot after 162 games, so be it. Teams have plenty of chances to win ball games, and somehow Batista had the opportunity to save 31 games in 2005.

Once Toronto can get over the hump and make it to the post-season again, you'll see a rabid, desperate fan base eager for championship-caliber baseball. The NBA’s Raptors are currently the No 3 seed in the Eastern Conference, which gives fans something positive to grasp onto since the Maple Leafs have been eliminated from the Stanley Cup playoffs again.

Thank goodness for the Raptors success, as star SS Jose Reyes landed on the disabled list during the first week of the season. It’s like déjà vu all over again. Thanks, Yogi.