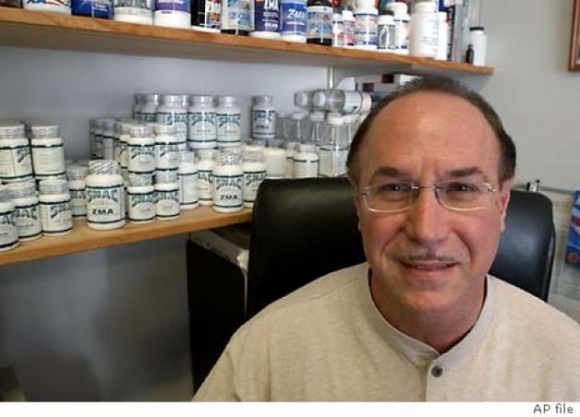 Whether Brooklyn natives can accept the fact their team moved to the Golden Gate Bridge city over 50 years ago is irrelevant, since San Francisco will continue to be home to the MLB Giants, but the NFL’s 49ers thought the grass would be greener on the other side of the bay in Santa Clara.

If the Giants are going to continue to stubbornly claim the San José market as their own and block the A’s from moving there permanently, they may find themselves without a cross bay and interleague rival.

The last connection between the A’s and Giants might be the BALCO scandal where many prominent A’s and Giants players were busted taking 'nutritional supplements' from the most prolific drug dealer of a generation. Tony Montana may have something to say about that.

It’s safe to assume some of the players featured on the All-Time Snark Giants team will have had some chemical enhancement, and that’s really saying something.

Astute baseball fans will immediately recognize this was the year that Buster Posey broke his leg on a collision at homeplate with Marlins OF Scott Cousins and led to changes to the baseball rule books, which usually happens about once a millennia. This year should be interesting as home plate collisions with the catcher will be banned for the first time. Good thing instant replay was implemented this year so umpires will have a good look at whether or not it was a collision.

Astute baseball fans may look at Kingman’s 1974 season and immediately ask: “How did King Kong only strikeout 125 times that year?” It’s also reasonable to ask: “How did King Kong only hit 18 HR’s that year?” The Giants gave up on Kingman too soon, but not as soon as the California Angels did in 1977 when they traded him to the Yankees after nine days.

1969 NL MVP Willie McCovey earned the award with support of quality teammates like Jim Davenport. Not!

Given how dominant pitchers were in 1968, it’s not surprising to see at least one All-Time Snarker. Bob Gibson and Denny McLain were just absolutely filthy that year as they both won their respective league MVP and Cy Young awards. Players like Lanier had no chance. Zilch!

I was beginning to wonder when we would have a Candy Maldonado sighting on the All-Time Snark teams. Well, here’s your answer. Alou is a sentimental pick, as his brothers all played for the Giants as well as their nephew, Moises Alou. It’s like the Giants had a direct line to that hospital in the Dominican Republic and received a phone call as soon as another member of the family was born. Although they didn’t draft Moises like the other three Alous, they were smart enough to acquire him before the start of the 2005 season, where he made the All-Star team and only had to put up with Barry Bonds for two seasons. Shinjo only played three years in the big’s before heading back to Japan and was promptly released by the Giants less than two weeks after they lost the 2002 World Series to the Angels. Shinjo hit .167 during that series, so this shouldn’t come as a big shock. Anyone?

Davis turned his career around and won the 1989 Cy Young award with the Padres as closer. He also led the league in earned runs in 1984 with 104 while giving up 113 total runs. That's a small difference, meaning he truly 'earned' his runs allowed. The 1985 Giants were one of the worst teams in the entire decade of the 1980s, so it’s not surprising to see Laskey crack the rotation. What’s more surprising is to see another player from the 2002 World Series team. Perhaps the Giants were trying to capture lightning in a bottle when Hernandez was lights out during the 1997 playoffs, winning the NLCS and World Series MVP with the Marlins. Really, we could’ve selected any season of Zito’s since he joined the Giants, but that 5.74 ERA, and .318 OAV are special. Real special.

Righetti was one of the top closers in the 1980s with the Yankees and went on to become Giants pitching coach, but he was toast by 1993. Linzy, Moffitt, and Poole were also pretty darn good relievers during their day, but everybody has an off year or three.

Herges was considered for the bullpen with his dreadful 2005 season but found himself getting the call in the ninth instead. Since the Giants had so many viable candidates for the All-Time Snark bullpen, Herges really stood out amongst the candidates for the closer position. He was so bad in 2005 that the Giants dumped him off onto the Diamondbacks, who released him under his own recognizance to the Florida Marlins, who allowed him to walk via free agency to the Rockies. You see, his 2005 season was so bad, the Giants had to send cash along with Herges to the D-backs for Doug DeVore. Money talks, bullsh*t walks!

It’s pretty amazing the Giants never won a World Series with the greatest player in the Milky Way as a member of the team. The Giants have won two World Series in the past four seasons, though, so don’t feel too bad for them.

Perhaps they can get along with their neighbors in the East Bay and settle the San José territory dispute the old fashioned way it was done in the west. Take 10 paces and draw!