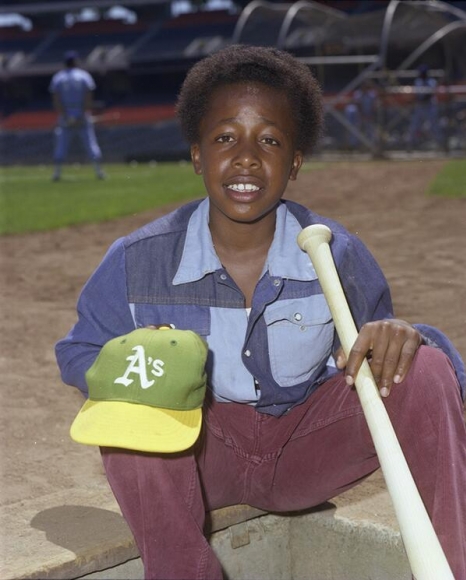 Quick! When you think of the Oakland A’s, what’s the first thing that comes to mind?

Any of those answers would be acceptable, as this team has seen its fair share of action during its relatively short time in the East Bay. The Athletics used to play in Kansas City, but moved to Oakland before the 1968 season even though new owner Charlie O’Finley pledged to western Missouri fans that he had no intention of moving the team. All the while, he schemed and plotted to move the club to Dallas, then to Seattle, then to San Diego.

Yes, Oakland was his fourth choice, as baseball already had its eyes on his other alternatives.

Wherever the A’s land to call home this time, they will most likely continue to operate as a small-market club since GM Billy Beane’s philosophy has produced results. They even made a movie about it!

A few of the dudes you see on our list below were supposed to be products of Moneyball.

No relation to former Mariners OF and Japanese legend Ichiro Suzuki. Kurt Suzuki had a couple of productive years in Oakland, most notably 2009, but were not here to dwell on the past. He was traded to the Washington Nationals in a 2012 waiver deadline trade, and then sent back to Oakland this past season, again in a waiver deal. Suzuki now calls Minnesota home and has displaced longtime catcher Joe Mauer behind the plate. Actually Mauer is going to play 1B full-time in 2014 to conserve his knees. It’s not like Suzuki was a better option.

Barton was not a Moneyball product but was acquired from St. Louis -- along with Dan Haren and Kiko Calero -- for Mark Mulder, who quickly flamed out. Beane is an astute trader in addition to being adept at scouring the waiver wire for a blue light special. Barton did lead the AL in walks in 2010, fitting in nicely with the Moneyball plan.

Green was an original member of the Kansas City A’s as well as part of the A’s championship dynasty in the 1970’s. It’s safe to say, though, that the dynasty was a result of players like Reggie Jackson, Joe Rudi, Sal Bando, Gene Tenace, Catfish Hunter, Vida Blue, and Rollie Fingers. Now you see why the Green-&-Gold won three straight titles from 1972-1974.

The 1997 A’s were so bad, they decided to trade slugger Mark McGwire to the Cardinals at the deadline that season and got literally nothing in return. Can we say 'salary dump?' We all know how McGwire’s career turned out in St Louis. Brosius earned 1998 World Series MVP honors as a member of the New York Yankees, hitting .471 against the Padres. It’s those kinds of players who were integral parts of three straight World Series titles for the Bronx Bombers from 1998-2000.

The late 1970’s were a dark time in Oakland. Owner Charlie O traded all his good players away because he was as stingy as Charlie Comiskey when it came to paying them. This left players like Piccolo to earn starting, full-time jobs, and no, there was not a players strike in 1977, so they were not using scabs.

Hendu is most famous for hitting a game winning home run with the 1986 Boston Red Sox, propelling them to an ALCS victory over the California Angels. This same home run caused so much distress on Angels closer Donnie Moore that he took his own life over the incident. Henderson had a goofy, gap-toothed, childlike smile and always enjoyed playing the game with enthusiasm. He was one of the best fielding CF’s of the era. Christenson played just three seasons in Oakland before being dumped onto Milwaukee for another player that never panned out. Davis had a couple of good seasons in Oakland before signing with the Los Angeles Dodgers as a free agent before the 1988 season. His home run in Game 5 of the 1988 World Series against his former team was the nail in the coffin of the great A’s team. Some may argue Kirk Gibson’s homer off HOF closer Dennis Eckersley in Game 1 was actually the nail in the coffin.

Kingman posted the only 20-loss season in the majors until Mike Maroth accomplished that feat for the 2003 Detroit Tigers. Three of our starting pitchers are a result of Charlie O’s decimating the roster and letting all the starting players go elsewhere. Just imagine how bad those early 1980’s Athletic teams would be without Rickey Henderson. Karsay was only a starter for one season and then wisely converted to the bullpen, where he enjoyed success as a middle reliever for the Cleveland Indians. In fact, he was so bad as a starter in 1997, he amassed only 133 IP in 24 games started. That's a quick hook if I’ve ever seen one! Haynes didn’t fare much better, logging only 142 IP in 25 games started. That’s how you overwork and abuse your bullpen. Innings eater does not apply to either of these fellas.

Manager Jim Marshall allowed Jim Todd to take the mound for 81 IP in 1979, so it’s not like he was sent down to the minors after a couple bad outings. The A’s lost 108 games that season, so it’s not like there were better options for late inning relief. The only bright spot for Oakland in 1979 was Rickey Henderson making his major league debut. Nelson had a terrific season for the A’s on that great 1990 team, so it’s odd to see him in the All-Time Snark bullpen just one season removed from his career year, but you know what they say: numbers don’t lie.

Like OF Mike Davis, Jay Howell joined the 1988 Los Angeles Dodgers in pulling off one of the biggest upsets in World Series history over their former team. What was significant about Howell’s 1987 season is that he was the full-time closer during the first half of the year and selected for the All-Star team in Oakland, where he eas saddled with the loss for the AL squad. Manager Tony LaRussa, watching Howell blow up in the 13th inning in person, decided to hand over closing duties to veteran starter Dennis Eckersley, and ironically, both men saved exactly 16 games in 1987. What would’ve become of Eckersley’s career had Jay Howell not been so terrible that year? Eck wasn’t exactly effective as a starter for the A’s, and Howell went on to earn a save in the 1988 World Series and make the 1989 All-Star team for the Dodgers, where he did not factor in the decision.

The 1989 All-Star game was decided in the first inning when Bo Jackson and Wade Boggs hit back-to-back home runs to lead off the game. Luckily for the NL, Howell didn’t even have a chance to blow a lead.

If the A’s do end up in San José, Santa Clara, Portland, Vancouver BC, San Antonio, or Indianapolis, they wouldn’t need to change their moniker, as Athletics is quite universal when referring to a professional sports teams. On the other hand, have you heard much Jazz music in Salt Lake City? Or seen an actual lake in Los Angles? Me neither. 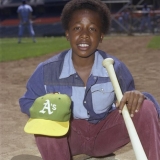 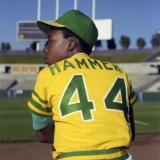