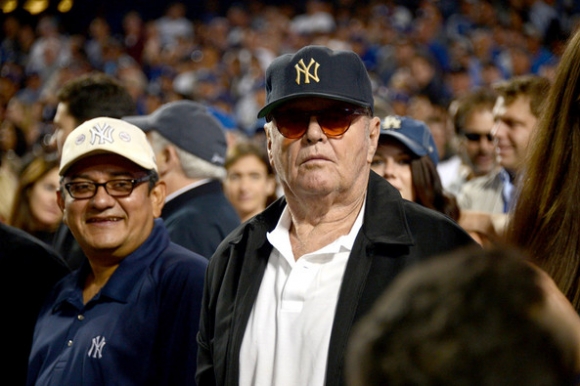 What I expected to be a difficult team to assemble -- based upon qualified Snark statistics -- turned out to offer up a wealth of great candidates at each position, with some players on more recent Yankees teams making the final cut.

You don’t win 27 World Series titles without having some of the greats of the game don the pinstripes, like Babe Ruth, Lou Gehrig, Joe DiMaggio, Mickey Mantle, Yogi Berra, Reggie Jackson, Derek Jeter, Whitey Ford, and Mariano Rivera. The Yanks, though, have managed to also lose 13 World Series, bringing their grand total to 40 total appearances in the Fall Classic. It's an amazing feat to behold, and they could end up running out of room to hang all those championship banners at the new Yankee Stadium.

So don’t expect to find any of those players on the All-Time Snark Yankees team, either. We’re not putting together an All-Star team here, after all. Well sort of, but the opposite.

There were a couple of surprising selections on the pitching staff, however, as Mel Stottlemyre Sr and Jim Bouton were selected to anchor the starting rotation. Who did you expect to find there, Roger Clemens and Andy Pettitte?

The retirement of longtime catcher Jorge Posada in 2011 brought about change behind home plate for the Yankees, and Russell Martin wasn’t completely horrible in 2012, so the Bombers addressed this need, in typical Yankees fashion, by overpaying for the top free agent catcher on the market, Brian McCann. Yogi Berra would be an upgrade over Stewart, and he’s 88!

Babe never had the chance to play with another famous Yankee named Babe, but he did get to play with Hall of Famers Joe DiMaggio, Bill Dickey, Joe Gordon, Lefty Gomez, and Red Ruffing, which explains his 89 RBI’s. What this Babe was tasked with was replacing the legendary Lou Gehrig, who had retired prematurely because of a rare disease named in his honor. Tough shoes to fill Babe, on both accounts.

The other Babe had yet to join the Bronx Bombers, and the 1917 team didn’t really have any players of note other than Home Run Baker and Urban Shocker, one of the greatest names in baseball. I don’t care if this was still the Dead Ball era; you don’t reach the Mendoza Line, and you’re in the starting lineup.

With Graig Nettles still floundering in Cleveland, the Yanks were forced to use Kenney at the hot corner. Ironically, they traded him and a handful of other useless players to Cleveland for Nettles. Yeah, the Yankees got the best of that deal, as Nettles was a multiple Gold Glove winner, led the AL in home runs in 1976, and was the 1981 ALCS MVP.  Kenney’s last game was in April 1973. Didn’t take the Tribe long to figure him out.

It’s no surprise Crosetti scored 84 runs in 1940, with a lineup that featured DiMaggio, Dickey, Gordon, George Selkirk, and Charlie Keller. He should’ve had plenty of RBI opportunities with those gentlemen getting on base in front of him but failed time after time. Throw in 31 errors to boot -- see what I did there? -- and you have the perfect shortstop. He actually was more famous for being the third base coach under Casey Stengel, and Dizzy Dean -- the Cardinal legend turned CBS broadcaster -- would never tire of pointing him out to the audience, hollering down to the field at Crosetti until he finally waved back. Obviously, Ol' Diz never held a grudge!

The difference between the outfield and infield is there are no players under the dreaded Mendoza line, so they’re making progress. Tresh was part of an underachieving Yankees team that actually lost 90 games that season, which has been a rare occurrence in the team's storied history. In fact, the Yankees have only crossed the 90-loss barrier in two other seasons -- 1990 and 1991 -- since the divisional era began.

Wells was a much maligned player on last year’s greatly overachieving team that finished tied for third place with the Baltimore Orioles. Because standings are listed alphabetically, it makes it look like the Yankees finished fourth, which is just fantastic! They finished a full 12 games behind the Boston Red Sox, which had to have those fans smiling big time. Another World Series title will make Beantown smile, too!

This collection of starters is probably one of the better groups reviewed so far in the All-Time Snark teams. Statistically, they’re not as terrible as SP’s that other teams have displayed, outside of Burnett’s 5.26 ERA, 1.51 WHIP, .285 OAV, and allowing gopher balls left and right, literally to left and right field at the new ballpark. This is the same pitcher that the Phillies just gave a 1 year, $16million contract to be "part of something special." Oh, it'll be special, alright. How does Ruben Amaro Jr still have a job? Bouton chronicled his time with the Yankees quite graphically in his famous tell-all book Ball Four. He recalled times on the roofs of hotels looking in windows for women undressing or sneaking under the bleachers looking for “Beaver Shooting.” I don’t think Bouton qualified as a fur trader, if you get my drift. Leary represents the 1990 Yankees, one of the worst teams ever assembled in franchise history. Glad to have you on board, Tim.

Holy smokes! The hitters must’ve looked like rabid sewer turtles stepping into the batter’s box against these pitchers. Heaton posted the lowest OAV at .301, which is surely well above the league average. The 1927 Yankees are considered one of the greatest teams ever assembled, and the Avengers are a consensus No 1. However, it’s highly unlikely Giard contributed to their success. Small achieved no small feat, allowing nearly three home runs per nine innings pitched; nine home runs in 28 IP, to be exact. No wonder it was his last year in the league.

The music blaring from the Yankee stadium bullpen will certainly change in 2014, as longtime future Hall of Famer Mariano Rivera announced his retirement. That’s right, no more Enter Sandman by Metallica to fill the overpriced seats in the late innings of a Wednesday night ballgame that starts later than normal so those West Coast fans can enjoy the Yankees brand. We’d hate for them to have to listen to the first couple innings on the radio while they’re stuck in traffic on the 405 commuting home. Page benefited by playing on the great Yankees teams of the early 1950’s, yet didn’t reap the rewards of Mickey Mantle when he burst upon the scene in 1951. It didn’t matter. The Yankees swept the Phillies in the World Series, which was only title No 13 at that point. Granted, nobody really knew what a save was in 1950, either.

The Yankees continue to be the Yin and Yang of the league. We’ve had to endure the Alex Rodriguez saga since what seems like February 2012. Now Yankees' super hero Derek Jeter announced he will retire after the 2014 season, and the press has already deemed him the top story line of the year.

Not only do the Yankees play in the most competitive division in baseball, but A-Rod will still be an off-field distraction unlike anything they’ve ever seen.

Just yesterday, Yankees hitting coach Kevin Long called out new Mariners 2B Robinson Canó on his lack of hustle out of the box and made it sound like coaches were losing sleep over the whole ordeal. Well, with Brian Roberts pencilled in to replace him, maybe they were.

Brand spanking new Seattle Mariners manager Lloyd McLendon summed up Long's assessment of Canó quite blatantly with this spring training gem of a quote: "Anytime someone attacks one of my players, I'm going to defend him. And if you don't like it, tough shit." 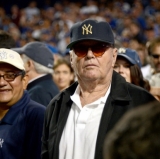 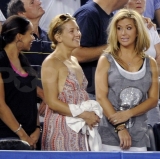 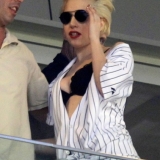