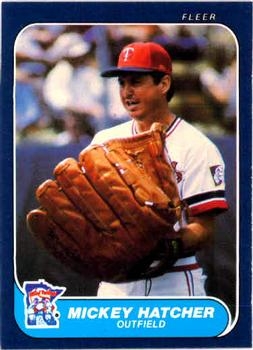 Minnesota is the Land of 10,000 Lakes, which is how the Lakers got their name, even though there aren’t that many lakes in the greater Los Angeles area.

Maybe their original NBA team pulled up stakes, but Minneapolis-St Paul has been home to the Twins since 1961, when the American League added two teams and shifted one. There were the expansion Los Angeles Angels and Washington Senators, and the original Washington Senators became the Twins before that season. The expansion Washington Senators played for 11 seasons before moving to the Dallas-Fort Worth area in 1972 and morphing into the Mighty Power Rangers, or as baseball fans have come to know them, the Texas Rangers.

If you’re confused, get in line. Whenever an all-time great Minnesota Twins team is compiled, you’ll often see Walter Johnson, Goose Goslin, and Joe Cronin listed as Twins greats. Well, they never saw the field in the Twin Cities, which is another reason you won’t see any Washington Senators on the All-Time Snark team. Those are the Washington Senators that played from 1901-1960 because the other Washington Senators are now the Texas Rangers, but joined the league in 1961 along with the Twins.

Three Dog Night made the musical hook famous with their cover of Harry Nilsson’s song: One is the loneliest number. Consequently, Filter did a cover song on the X-Files movie soundtrack, which is a great tune. Just imagine Danny Hutton, Cory Wells, and Chuck Negron humming along to electronic-style heavy guitar rhythms and speed metal-style drumming. Walbeck was hit by a pitch twice and had no triples, just missing out on a statistical anomaly referenced in song; the ultimate tribute.

Reese split time equally with Harmon 'Killer' Killebrew, which makes sense since the designated hitter was two years away from becoming an official position in baseball. Did you hear that some HOF voters refuse to vote for Edgar Martinez because DH isn't a two-way position? If Killebrew was the full-time DH in ’71, Reese’s numbers may actually have looked worse. Let’s all thank former A’s owner Charlie O Finley, who came up with the idea because he claimed most pitchers couldn’t hit his grandmother. Apparently he wasn’t watching his own pitchers. Catfish Hunter hit .350 in 1971.

Kindall becomes the first member of the All-Snark Twins team, which is a fairly common trend amongst all the squads we’ve reviewed thus far. What is it with these managers giving guys chance after chance to become a productive member of society? He even struck out 97 times. This isn’t supposed to happen with middle infielders, especially given the era. Just imagine if there was interleague play and he got to face Sandy Koufax. Add 50 K’s and lower the batting average about 30 points. Those are just estimates and are used for illustration purposes. And no animals were harmed in the speculation of that scenario.

Punto had a nice bounceback season in 2008, but yet, we have another weak-hitting infielder striking out a ton. The Twins were still playing in the Hubert H Humphrey Metrodome, which was nicknamed the "Homer Dome." Good thing Punto wasn’t playing in the Twins' new home, Target Field, as that is as stingy as Ebenezer Scrooge. Punto is best served as a utility infielder, late-inning defensive replacement or pinch hitting for the pitchers in the NL who can’t hit as he often did for the Dodgers last season. No need to pinch-hit for Clayton Kershaw, though.

Oh, how the mighty have fallen! Just two years removed from AL MVP honors, Versalles was traded to the Dodgers before the start of the 1968 season, where he became the All-Time Snark team Los Angeles Dodgers shortstop. So congrats on making two teams. That seems to be a trend, just like weak hitting middle infielders striking out 'way more than is acceptable.

Minnesotans should be proud of that Scandanavian last name Uhlaender but will be disgusted to find out he grew up in Texas. They should be even more disgusted that he was the best option in the outfield. Tony Oliva probably had no fear of losing his job, ever. Becker had even less of an excuse, as he had Kirby Puckett, Chuck Knoblauch, and AL Rookie of the Year Marty Cordova to drive him in, or at least provide protection in the order. Who would you rather pitch to? Our catcher, Matt Walbeck, was also on that team, so Becker should’ve seen some good pitches to hit since there was no pitcher trying to strap on batting gloves that season, thanks to the DH. The 2013 Minnesota Twins were such a mess, there were four OF’s that received well over 300 plate appearances. It’s no wonder they lost 96 games.

Based upon the seasons from our starting pitchers, the Twins were content with winning an epic World Series over the Atlanta Braves in 1991 and riding the coattails of Kirby Puckett, which were super-sized to say the least. Remember, the Twins were an expansion team in 1961, along with the Washington Senators, who relocated to Minnesota before the start of the season, where they moved to Dallas, eh, you get the picture. Chances are Ramos was victimized by Mantle & Maris in 1961, along with Norm Cash, Jim Gentile, and a slew of other sluggers in the American League. Anderson was part of the Twins team that went from worst-to-first in 1991, along with that same Braves team they met in the Fall Classic. This was the same World Series where Jack Morris threw a 10-inning complete game in Game 7 and was riding the coattails of that performance as his HOF candidacy before it came to an excruciating end last month. Joe Mays actually made the All-Star team in 2001 at Safeco Field in Seattle, or South Alaska, as it is commonly referred to. So you still support the rule that every team must have an All-Star rep?

Here we have relievers who mirror the starting rotation almost identically. Since that 1991 World Series victory, the Twins took 10 years to return to October baseball, where they've been screwed over like a middle-class taxpayer. In fact, they’ve won exactly three playoff games in 22 tries, having been swept by the New York Yankees in 2009 and 2010. My suggestion: stop playing the Yankees in the post-season. This shouldn’t be an issue in 2014, as the Twins will only see October on the complimentary calendars sent to them in the mail by their insurance agents.

Hawkins was actually considered for the starting roation based upon his 1998 season, but he is by far the best candidate for the Twins closer. What, did you expect to see, Joe Nathan’s name here? Ron Gardenhire caught on quickly and convereted Hawkins to a setup role in 2002, where he had a career year and turned over the closer role to Eddie Guardado, who led the AL in saves in 2002 and made two consecutive All-Star teams. Mariners GM Bill Bavasi thought so highly of Guardado, he signed him to a ridiculous free agent contract to be the Mariners closer, where he instantly became the butt of Mariners fans jokes everywhere. El Gordo was one that comes to mind.

The only thing the 2014 Minnesota Twins have going for them is that they get to host the All-Star game in July and show off Target Field.

Patrons will certainly be terrified to use their debit card to purchase overpriced ballpark concessions and merchandise, as the recent security breach into Target’s digital financial information storage has shoppers spooked.

You can always order that Kent Hrbek bobblehead on eBay and make a secure purchase through PayPal.