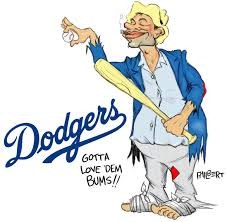 “Born and bred in Brooklyn, the USA”

~ Beastie Boys, No Sleep Till Brooklyn

During an era of American history when times were simpler, families actually ate at the dinner table together, and Mad Men-style lunches were the norms in office buildings around New York City, the Big Apple was big enough for three major league baseball teams.

Eleven times, the Yankees and Dodgers met in classic World Series. Throw in a handful of Yankees-Giants World Series, and it seemed the baseball world revolved around New York until the Giants headed west to San Francisco in 1958, and ripped Willie Mays away from his adoring fans.

The Dodgers had convinced the Giants to migrate with them, as they had already laid the groundwork for their move to Los Angeles, which left only the Yankees behind as kings of New York. This lasted only four seasons, as the New York Mets came into the league in 1962 and promptly set the modern era record for losses in a season, as an expansion team to fill the void left behind by the Dodgers and Giants. Some New York baseball fans probably wish the Mets never came into existence, but their dramatic World Series victories in 1969 and 1986 healed some wounds.

Recently, the Dodgers have had some success with key players such as Clayton Kershaw, Matt Kemp, André Ethier, and rookie sensation Yasiel Puig quickly erasing memories of the Frank McCourt ownership saga.

They have been so good in recent years that even one of my favorite websites, www.dodgerblues.com, hasn’t had nearly the tabloid fodder that makes them go. That was until Puig was arrested for speeding this off-season, and then there was the McCourt divorce proceedings and the subsequent sales of the team led by a group of investors with Magic Johnson at the helm.

So that’s what $2billion buys you these days?

Regular starter Mike Scioscia missed most of the season due to injury, which left Yeager behind the plate. He was exceptional at throwing out baserunners -- nearly 44% CS rate -- but besides those 15 home runs, he left a lot to be desired with the bat. Dodgers catchers over the years have been terrific, with obvious mainstays Mike Piazza, Roy Campanella joined by Russell Martin, Paul Lo Duca, and Scioscia having great careers, as well. For good, snarky measure, Yeager played Duke Temple in the Major League movie franchise.

Since the Dodgers played under so many different names -- Robins, Superbas, Bridegrooms, Grooms, Grays, and originally as the Atlantics in the 1884 American Association -- I decided to only use seasons since 1932 when they permanently adopted 'Dodgers.' First base has also been a strong position for the Bums with such greats as Gil Hodges, Steve Garvey, Eric Karros, and Adrian Gonzalez. So there weren’t a lot of good candidates for our All-Time Snark team, but it only takes one, and we found ourselves a winner.

DeShields was involved in one of the worst trades in franchise history when the Dodgers acquired him from Montréal for a little known RHP named Pedro Martinez, who will go into the HOF next year wearing a Red Sox cap. The Dodgers decided to keep his older brother Ramon instead. Baseball karma is so not nice.

Hansen had such a miserable year that it forced the Dodgers to trade for Tim Wallach of the Expos to be their third baseman, whose 1993 season was our second choice for the All-Snark team. At least they didn’t completely FUBAR that trade with Montréal, as they only gave up minor leaguer Tim Barker. Hansen was one of the top pinch hitters in MLB history, so he was best served on the bench. Fine by me!

Versalles was the 1965 AL MVP when he was a member of the Minnesota Twins, and the Dodgers were desparate for a shortstop because they traded Maury Wills to the Pirates a couple of seasons earlier. Versalles never regained his MVP form. In fact, he was such a disaster, the Dodgers reacquired Wills from the Expos for Ron Fairly. Geez, do the Dodgers like trading with the Expos or what? Maybe they got used to it when their AAA farm team was located in La Métropole du Québec.

As you can see, there's some power in the outfield, but don’t put too much stock in the 21 homers Grissom hit in 2001. That season epitomizes the steroid era, as seven players hit 40 or more home runs in the NL, topped by Barry Bonds' historic 73. Grissom was done being a stolen base threat by then, only swiping a measly seven bags. Grissom and Stubbs were consistent by each striking out 107 times, though. Great teamwork!

Now, on to Jason Repko and those 2005 Dodgers who lost 91 games, their second worst total since moving to Los Angeles. The outfield was such a mess that season, it’s difficult to determine who was the starter, who was a platoon player, and who was the fourth outfielder. Repko earned the scorn of DodgerBlues.com for years, which guarantees him a spot on the All-Snark team.

We’re going to go old school here and use the traditional four-man rotation since these pitchers came from an era devoid of the one-inning closer, 100mph 8th-inning setup men, and LOOGY’s. Yes, I’m sure the pitchers still managed to hock a loogie every now and then, but it has a completely different meaning in the baseball universe. Dodgers starting pitchers have been the best in baseball in modern times, so it’s nice to revisit the Great Depression and World War II eras. Events that made America great! Isn’t Boom-Boom a terrific name? Being one of the only 20-game losers in Dodgers history was good enough to make the staff, but the rest of his numbers aren’t too shabby. Babich must’ve made a deal with the devil to end up with an ERA that satanic. Unfortunately for Newsom and Gregg, they were just a couple years short of playing with Jackie Robinson. Those W-L records surely would’ve improved with No 42 playing behind them.

Not a good sign when the lowest opponent’s batting average is .311, posted by George Sherrill. Mulholland is further proof that as long as you throw left-handed, you can keep pitching in the big leagues well past your expiration date. Just as the above-stated Newsom and Gregg, it’s highly probable -- no, as downright certain as the sun will rise and set tomorrow -- Jackie Robinson had some direct impact on Casey’s three wins and four saves. That 8.00 ERA surely didn’t.

It’s rather fitting that the closer selected for the All-Time Dodgers Snark team comes from one of the worst seasons in franchise history. Only the 1992 Dodgers finished with a worse record, 63-99, than those 91 losses posted by the 2005 version. Brazoban had little in terms of defensive support with Jeff Kent, Hee-Seop Choi, and an outfield consisting of -- at various stages of the season -- Milton Bradly, JD Drew, and Ricky Ledee. Can you imagine that trio, standing around the Dodger Stadium grass, watching the palm trees sway in the gentle breeze, looking at one another and wondering if the other guy is going to catch it? The old excuse: “I lost it in the lights” doesn’t work, fellas, as the smog-filled skyline washes out the effect of stadium lighting. I commend Brazoban for sticking with it. Manager Jim Tracy didn’t really have a choice.

Don’t feel sorry for Dodgers fans, players, or coaches, as they didn’t leave manager Don Mattingly hanging for too long after their season ended. Expect the Dodgers to contend for a World Series title in 2014, as long as Puig learns to ease up on the gas. 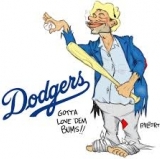 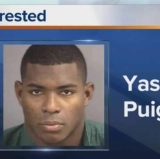