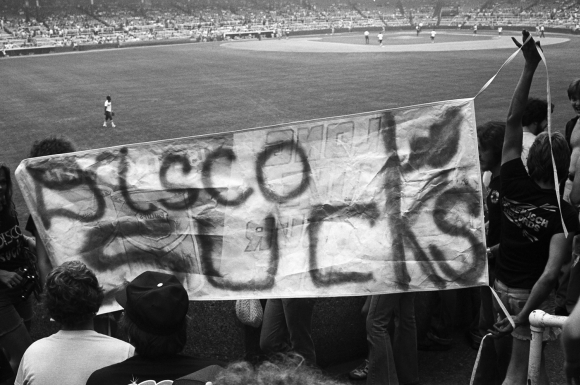 Now that we've reviewed the north side of Chicago, it’s time to travel down south to the American League team that calls Comiskey Park home.

The Chicago White Sox are probably best known for the 1919 Black Sox scandal where players were paid off by gamblers to throw the World Series against the Cincinnati Reds. Many star players were caught up in the controversy, and Shoeless Joe Jackson remains out of the Hall of Fame to this day because of his alleged involvement.

In 1988, a film featuring Charlie Sheen and John Cusack, Eight Men Out, portrayed the events surrounding the Black Sox quite well. In particular, it portrayed White Sox owner Charles Comiskey as the cheap bastard he truly was, which caused the players to accept bribes because they were extremely underpaid. No player should be claiming poverty in this day and age, as the average salary has climbed to a whopping $3.2million per year with the league minimum at $500,000 for 2014. What recession?

The White Sox also have some forgettable moments in their colorful past, such as Disco Demolition night in 1979, where fans were encouraged to bring their disco records to the stadium to be destroyed on the field after the conclusion of the game. It forced the second game of the doublheader to be canceled; the White Sox actually forfeited, and 39 people were arrested, which is about four fewer than a normal Thursday night in Chicago.

Could you imagine if they held a promotion like that now, such as Boy Band demolition night? Kids in Cook County would bring their old iPods to the stadium and properly recycle their electronics. No bonfires in the outfield needed.

Disco Demolition Night occured during the time where the White Sox thought it would be cool if players wore shorts instead of the traditional baseball pants that had existed for over 100 years. Thankfully, their classic black pinstripe home jersey and Sox hat have held steady for over 20 years, and have become the new gangster version of Raiders and Kings hats.

It may not be fair to single out players from the dead ball era, but the White Sox were one of the original teams in the newly formed American League in 1901, and it didn’t take the Pale Hose long to figure out this game, winning the World Series in 1906 over their north side rival Chicago Cubs. It would be neat to get fan favorite Ron Karkovice on this team with his goofy chemistry lab goggles, but he was about as technically sound and adept behind the dish as you’ll ever find in a backstop. At least Sullivan had the privilege of catching the likes of Ed Walsh, Doc White, and Frank Smith.

This was one the worst statistical seasons in baseball history, whether we’re talking about the dead ball, live ball, expansion, or steroid era. Even though Dunn played more games at DH than 1B, this season has to be highlighted because there isn’t a close contender. One could glance at the back of his baseball card and reasonably ask: “How did he only hit .159? How did he only hit 11 homeruns?” This was the same Adam Dunn who finished 21st in MVP voting in 2010 and made the all-star team in 2012. Sounds like a hoagie sandwich to me.

Many of the top players in the major leagues took time off to serve their country during WWII. This included Ted Williams, Bob Feller, and Hank Greenberg. Similar to when Michael Jordan retired for two years, players had a short window to take advantage of the absence of some of the game's greats. Apparently, only Hakeem Olajuwon was paying attention. Schalk pulled off a rare feat in baseball by compiling a lower SLG% (.262) than OBP (.276). Imagine, if had hadn’t of cranked out that one home run, what that SLG% would look like.

Back to the Dead Ball era. The White Sox hit eight home runs as a team that season, and Billy Sullivan popped two of them. Now you know why his 1908 season made the All-Snark team. Lee was the brother of the great Pirates and Red Sox pitcher, Jesse. That’s all I can find nice to say about him.

These old-time names are great, aren’t they? Risberg is most famous for taking part in the aforementioned Black Sox scandal, when eight players received lifetime bans from baseball for throwing the World Series. A terrific defensive SS, especially for the era, he helped the White Sox defeat the New York Giants in the 1917 World Series. Risberg was the last living Black Sox player when he passed away on 13 October 1975, which was also his 81st birthday. That's poetic justice.

More evidence that the Dead Ball Era was truly dominated by pitching, Holmes's power line of .201/.258/.259 looks more like the caliber of bullets used during that time frame than BA/OBP/SLG. Cameron was recognized for his defensive wizardry, winning a Gold glove with the Mariners in 2001/2003 and with the Padres in 2006. However, Cameron was not jumping on the juicing bandwagon in 1998 and was traded to the Reds after the season for a young 1B named Paul Konerko. Sorry, Kenny Williams, can't take credit for that trade. And what's your problem, Ken Berry? You didn’t even have to face Sandy Koufax, Don Drysdale, or Juan Marichal as interleague play didn’t exist in 1965. Good thing, or it could’ve been worse. Much worse.

OK, so the Dead Ball Era wasn’t completely dominated by pitching, as Flaherty went 11-25 with a respectable 3.74 ERA but somehow allowed a .288 OAV. Not a lot of infield practice being had before games. Chicago was still reeling from the Black Sox scandal in 1921 and had to replace Eddie Cicotte with the likes of Roy Willkinson. Caraway discovered just how much offense exploded in the 1930’s by posting a 6.22 ERA; he lost 24 games. Hadley and Bahnsen lost 21 games each.  Blackjack!

Agosto and Politte were actually very effective relievers at one point in their respective careers, just not in either of these seasons. Both sported ERA’s over 8 and it’s unclear whether Agosto actually pitched to batters or if he just set up a tee before the inning started, with that .412 OAV. Batters lit up Politte also, as he allowed 2.7 HR/9IP in a fairly tough hitter’s park. Kretlow had control issues and possibly some commitment issues to the catcher’s mitt by allowing 11.36 BB/9 IP. The White Sox actually let Allen start two games in 1974 and then quickly realized they had Wilbur Wood and Jim Kaat on their team. So they sent him to the bullpen to teach that young Rich Gossage how not to pitch effectively in relief. Good thing Goose wasn’t listening.

Koch pitched so poorly in 2003, he lost his closer role before the All-Star break. His 5.77 ERA is Exhibit A, your honor. Veterans Tom 'Flash' Gordon and Damaso Marte were forced to take over closer duties, and both did quite well. Luckily for the White Sox, they discovered Bobby Jenks two seasons later when they won the Worlds Series. How could they miss him?

This should be a special time for the White Sox, as Frank Thomas was voted into the Hall of Fame on the first ballot, and I’m astonished that there was even that much debate about his candidacy. He's arguably the best player in franchise history, a history with more black marks than white, and he'll be inducted into Cooperstown this summer.

Now the question is, can another White Sox legend and former “Big Hurt” teammate Robin Ventura help them find October on the calendar?