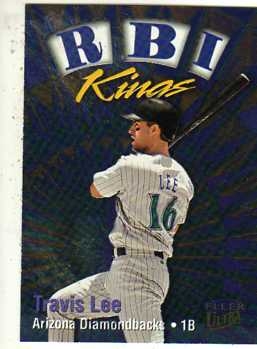 Believe it or not we are now less than a month away from pitchers and catchers reporting for duty.

OK, I know what you’re thinking.

It’s the middle of January, the NFL Conference championship games are on this weekend, the Hall of Fame voting debacle has quieted down, A-rod is suing everybody, and the hype about the Winter Olympics in Sochi is more focused on Russia’s anti-gay policies and Lindsay Vonn’s injury than the  actual spirited competition it’s supposed to be.

Really, the last remaining ember of the Hot Stove League is the destination of Japanese ace Masahiro Tanaka. Cubs? Mariners? Yankees? Dodgers? Like they have any money left after signing Clayton Kershaw to a record contract. Magic Johnson has to love that kajillion-dollar cable contract!

Recently, CBS Sports writer Matt Snyder began a feature on the all-time teams for each franchise. Today was the Pittsburgh Pirates, and sadly, the 1971 version of Dock Ellis didn't crack the rotation, nor was 1992 Jose Lind the all-time Jolly Roger 2B.  Neither was Bill Mazeroski, which made me happy!

Naturally, it occurred to me to immediately work on the antithesis of these all-time teams, and so I've begun compiling the: All-Time Snark teams for each franchise. Between this extensive research of futile ballpayers and the NFL/NHL Snark rankings, I’m really a glutton for punishment.

For the criteria, players who were the primary starters for an entire season will be selected. Thus, you won't players who had cups of coffee in September, went 0-15 and then got relegated to the Mexican League to play with Kenny Powers.

Allow me to present the first ever All-Time Snark team for the Arizona Diamondbacks.

Based upon Lee finishing third in Rookie of the Year voting in 1998, the D-backs had high hopes going into the 1999 season.  Even though Arizona made a surprise run into the playoffs, it wasn’t because of anything Travis contributed. Thankfully, the veterans Luis Gonzalez, Matt Williams, Jay Bell, Steve Finley, and Randy Johnson carried Arizona. That’s how you can afford to have a weak hitting, strikeout prone, stone hands first baseman. The most useful thing that happened to him was being parlayed into the trade for Curt Schilling the following season, which obviously worked out better for Arizona than it did for Philadelphia.

Much like 1998 Travis Lee, Kelly fooled the D-backs with his terrific 2010 season. Johnson’s line of .209/.287/.412 was so dreadful that they had to trade him to Toronto for a 2B (Aaron Hill) who was having an equally dreadful season. Miraculously, both players turned their careers around after the trade, as Hill became the first player since 1931 to hit for the cycle twice in the same season and performed well in the 2011 NLDS against Milwaukee. Johnson now plays for Tampa Bay. D-backs got the best of that deal.

Was there anybody else to even consider at the hot corner? Reynolds set the single season strikeout record in 2009, and followed up that performance by hitting .198 and striking out over 200 times for the third consecutive season. He 'only' struck out 196 times in 2011; otherwise, it would’ve been four straight. Reynolds wasn’t a great fielder -- rumor has it he would have done better holding a skillet than wearing a glove -- and he had a pretty significant drop off in power production. It’s his spot to lose.

Thankfully, the D-backs have had some decent shortstops over the years, Jay Bell, Craig Counsell, and Stephen Drew for the most part, which made this selection tougher than the others. Cintron didn’t hit for averageor power, wasn’t fast, and didn’t field a key position on the diamond with any real competence at all. The defense rests, but only because he isn't in it.

If that cloning machine was fully functional, 2007 and 2011 Chris Young would join himself in the outfield. It may seem unfair to pick on an expansion team, but the D-backs made the playoffs their second year in existence and won a championship in their fourth year. The Mariners could take note on how to run a successful expansion franchise! Young rebounded in 2010 and made the All-Star team, but with the 47-man bloated roster, who didn’t? What's going on in the desert, with players striking out more than a contestant on the Bachelor? Justin Upton had an enormous strikeout rate that season and hasn’t improved much since.

What a fine collection of pitchers we have! The most astonishing stat: Albie Lopez went 9-19 for the 2001 team that finished the regular season at 92-70. That’s right, he lost 27% of their games that year! Daal had a 6.15 ERA and .301 OAV in 167 IP and was also jettisoned off to the city of Brotherly Love in the Curt Schilling trade. How long did that Phillies scout keep his job?

The most eye popping-stat from this group is the 10.40 ERA posted by Oropesa. He made the team out of spring training -- a good team, by the way -- and managed to appear in 32 games, so it’s not like he got rocked in a couple of outings and then sent down. That 2.15 WHIP is equally impressive! Qualls was getting knocked around like a pinball, allowing a .363 OAV. Not a lot of batters taking pitches; they just swung away. The closer, Brian Bruney, actually split duties with Brandon Lyon, but he was a walking maniac by allowing 6.85 BB/9 IP.

The only reason Casey Daigle was kept off this list is he somehow managed to convince Jennie Finch he was the one. He sure didn’t convince Arizona’s pitching coach.

So there you have our inaugural All-Time Snark team.  Be sure and check back daily, when your favorite team will be featured. All 30 franchises will be reviewed in alphabetical order.

Next up: Atlanta Braves.