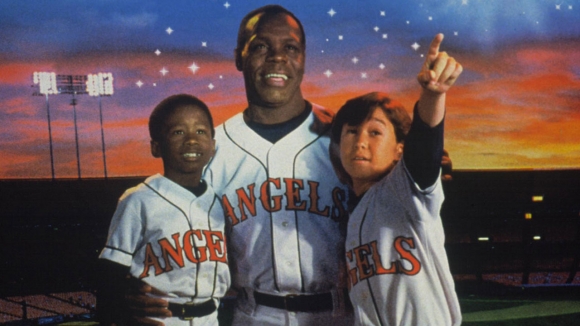 Many people, at some point in their lives, suffer an identity crisis.

They struggle to come to terms with who they truly are as human beings, or perhaps they lack a true place they can call home and bounce around from place to place, hoping to find utopia.

But if you’re the major league baseball franchise Angels, you remain in the same place, yet change the name of your location hoping to capture fans from Bakersfield to Riverside.

To be fair, Anaheim is a major city -- it's home to Disneyland, after all -- and the team was indeed owned for a brief time by Disney. Does it seem like the Mouse Mafia has its hand in just about every corner of the entertainment world, having purchased the entire Star Wars and Marvel catalog?

So if fans have any money left after a day at the Magic Kingdom, they can cruise down Gene Autry Way and catch a game. Don’t worry; they take Discover Card at the ballpark.

Even though Mathis only had 247 AB’s, he was the starting catcher this year as the Angels ran out a platoon of sorts, with Hank Conger and Bobby Wilson also getting significant at bats. Unfortunately for Angels fans, they traded catcher Mike Napoli in the off-season to Toronto for Vernon Wells. Even more unfortunate for Blue Jays fans, they immediately shipped him off to Texas for Frank Francisco. Hard evidence that two wrongs don’t make a right.

Why Stevens had the opportunity to get caught stealing four times leads one to believe he either thought highly of his base stealing ability or he was fined extensively for missing signs. Stevens is most famous for being part of one of the worst trades in baseball history, when the Montréal Expos traded Grady Sizemore, Cliff Lee, and Brandon Philips to Cleveland for Bartolo Colón in 2002. Stevens wasn’t even the proverbial player to be named later.

Slick fielding, weak hitting middle infielders are supposed to make contact, not strike out more than their hit total. The fact that he ground into 17 double plays proves he wasn’t adept at running, either. 1964 was the Angels' fourth year in the league, as they were part of the original American League expansion, when the Junior Circuit felt it needed a share of the Los Angeles market. 50 years later, and the ownership still believes it's a part of Los Angeles.

Schaal was also the 3B for the All-Time Kansas City Royals Snark team, so he's well represented. Now, 1967 wasn’t particularly friendly for hitters, unless your name was Carl Yastrzemski; he won the Triple Crown that season. Here we go again blaming the mound on the unfair advantage pitchers had until 1969. Perhaps the anemic numbers was due to players like Schaal getting a gig in the Show.

1984 was Schofield’s first full season in the majors, so it’s understandable if he needed some time adjusting to big league pitching. Alvin Davis adjusted quite nicely, as he took home AL Rookie of the Year honors. Schofield’s father was a similar type of player for the Cardinals, Pirates, and a handful of other teams. Schofield is also the uncle of current Nationals OF Jayson Werth. The bloodlines run deep in the Schofield family. They just ran a tad thin in his case.

Kirkpatrick keeps a disturbing trend alive for Angels under the Mendoza line, at four. Here we have another player, Gary Pettis, who not only makes two different All-Time Snark teams -- Detroit was the other -- but makes it back-to-back years. Very impressive run Pettis put together. He won multiple Gold Gloves in his career, but took 1987 off in defensive excellence. The Mike Napoli trade looks even worse, considering it led to Vernon Wells being part of the Angels team. You ever wish you could go back in time and redo major mistakes in your life? So does Tony Reagins.

This was a surprising group of hill commanders, as Jim Abbott was a fan favorite and had a unique pitching style, being born without his right hand. Tommy John is more famous for the revolutionary surgery that revived his career, and many pitchers since owe him a huge 'thank you' for saving their careers, as well. McCaskill must’ve been a hard luck loser, as his 4.26 ERA looks stellar compared to the rest of the staff, plus Bryan Harvey was lights out that year. All McCaskill had to do was give Harvey the lead, and that 10-19 record would probably have been reversed. The Angels were desperate for starting pitching last season; they went all in on Josh Hamilton, and they thought trading for Tommy Hanson and Jason Vargas would cure what ailed them. Bummer, huh, Arte? Add Blanton to the list of free agent signings that haven’t panned out for the 2014 Angels, and it never will.

Are you sitting down? Please set your scalding hot coffee down further than arm’s length away so there's no chance you’ll spill any on your lap, or worse, your keyboard. Does this really require analysis and reflection? If so, just check the back of the baseball cards and move on.

1994 will go down in infamy as the year that Bud Selig canceled the World Series. Why the greedy players don’t get blamed for going on strike is beyond me, as they were equally implicit in ending that disastrous season and delaying the start of the 1995 season. It’s difficult to compare players from strike-shortened seasons, but Grahe was epically bad in 1994 and somehow was allowed to pitch 62 innings. The Angels wised up, giving the closer duties to Troy Percival in 1995 and darn near made the post-season; they lost to the Mariners in a one-game playoff to determine the AL West Division winner. No fair that game was in the Kingdome and Seattle called to the bullpen for the Big Unit, but that’s what happens when you lose a coin toss.

The Angels have made a couple of moves this off season to try and compete in the AL West with the big boys, no disrespect to Houston and Seattle. Trading away Mark Trumbo was a big risk as they look to shore up the bullpen, and David Freese adds some pop at the hot corner, which they haven't had since Troy Glaus.

They still have stability at the top, as Manager Mike Scioscia has the longest tenure of any big league skipper and remains a dedicated employee in spite of working under GM Jerry DiPoto. He’ll do whatever it takes to win, even if it means handling plutonium refuse at the Springfield nuclear power plant.

At least Scioscia doesn't have to pencil in Vernon Wells name on the lineup card anymore. 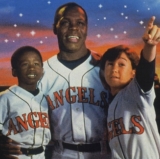 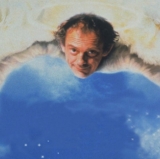