All-Star Final Vote: Who Will Get the Nod, and Who Should

Published on 8-Jul-2015 by Trent Jackson 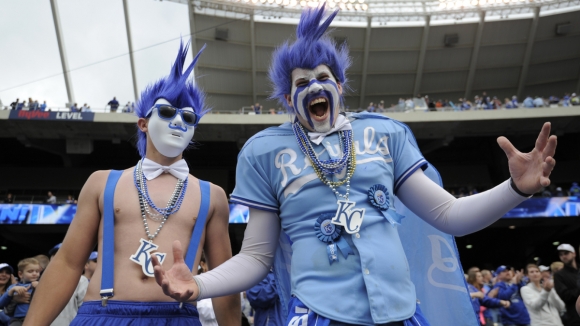 The lucky 68 players will be packing their bags for Cincinnati in just under a week, but there are two more players to be determined.

And now, in what's become an ingenius marketing ploy, there are five players from each league who will spend this week currying your favor in the All-Star Final Vote:

Voting can be done on MLB.com, by text, or on Twitter. The voting will span from now until Friday and will be determined solely by the fans.

I think we know what that means in the American League.

For the record, here are my predictions and my personal choices for who should fill out these rosters:

Kershaw is a fan favorite amongst pretty much anyone you ask. Despite currently having a poor start to 2015 -- with his least impressive ERA and record since his Rookie year in 2008 -- it's hard for fans to forget who he was last year.

Posting a 1.77 ERA with a 21-3 record in 2014, Kershaw deservedly nabbed the NL MVP and Cy Young hardware. And while this year's stats don't reflect that as much, he still seems to be the heavy favorite.

As much as it pains me to say it, my money would be on Moustakas to get the final AL spot. Not because of his seven home runs or one stolen base, but because of how the fan voting has gone so far this year.

It's no secret that the Royals fans had a ridiculous bandwagon party going and, unless they all suddenly fell asleep or decided to stop box-stuffing, I'd guess that this fan selection will likely go in favor of the people who clearly have nothing better to do than make computer programs that will vote 100million times per minute.

Moustakas' batting average is impressive, but that's about it. Amongst the other contenders, he has the lowest amount of RBIs and second-lowest home run total. And we all know that the AL will need runs with the pitching staff the NL has lined up.

My guess is that many will agree with my selection, since I chose him for my prediction.

While his stats aren't reflective of his career thus far, he still has a killer strikeout rate. Kershaw averages 1.29 Ks per inning. That's just under 12 Ks per 9 innings, the highest rate out of the four pitchers on the final vote.

That kind of strikeout power would be very useful in a situation where he would throw probably one inning or less. His ERA isn't anything to brag too much about, but his weakest point is his record. Posting just a 5-6 record this year, it begs some questions why he should be considered.

My argument is that some of those losses aren't entirely on him. The Dodger offense shoulders much of the blame. In Kershaw's six losses, the Bums could only come up with eight total runs. That's an average of 1⅓ runs per game. In two of those losses, the Dodgers were shut out, giving Kershaw zero chance of a win.

If the Dodger offense turns around for him in the second half and he's able to hone in on that ERA, Kershaw could still be looking at a very respectable season.

Call me biased -- I am a Yankee fan -- but Gardy has what it takes.

To me, part of being an All-Star goes beyond the stats; it also involves the player's presence on the field and in the dugout.

Gardner not only has All-Star Stats, but he's a huge driving force behind the first place Bombers in the AL East. Since being moved to the lead-off spot and playing center after Jacoby Ellsbury was moved to the DL, Gardner -- along with All-Star Mark Teixeira -- has arguably been the biggest offensive force on the Yanks' roster.

Combine his remarkable hitting with insane defensive and base-running speed, and he's a threat at any time. Gardner can get on base and make it home as good as any. When a ball is near him, he makes the play.

If selected, this would be Gardner's first All-Star Game.

If you plan to vote, I only beg this: Please don't vote for Moustakas.

I don't think I can stomach one more Royal on the AL All-Star team. My only hope is that now, all of the other fan bases can gang up on Kansas City and limit the damage that's already been done. 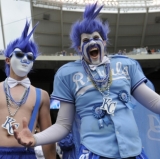 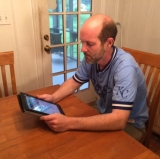