All For Nought: MLB Will Retire Number 0 to Honour Bud Selig

Published on 27-Sep-2014 by Xavier McSpaniel 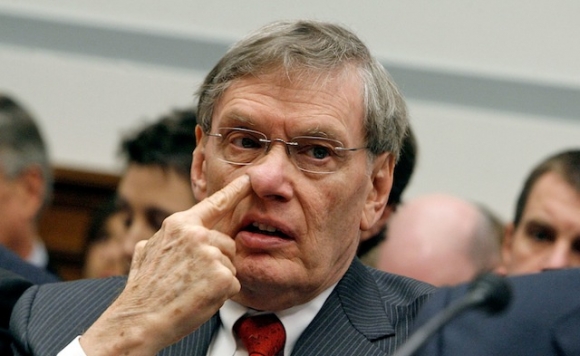 Outgoing Commissioner and occasional goldminer Bud Selig is taking a second number into retirement with him.

While the Milwaukee Brewers are shutting down No 1 in recognition of Selig's efforts as owner, MLB has decreed that another digit will take a dive for his record overseeing The Show.

"Nought perfectly encapsulates Bud's contribution to this league," said Commissioner-elect Rob Manfred. "His ruining of the postseason format, his inability to rid the game of performance-enhancing drugs, his Luddite attitude to instant replay, his efforts to make inter-league play resemble a game of Twister."

The only other number to have been retired league-wide by MLB is Jackie Robinson's 42. In time, Manfred believes Selig's honour will carry just as much historical gravitas.

"Bud has left a towering legacy -- one built on a foundation of confusion, incompetence and absurdity."

"People will remember. When they see zero, they will forever associate it with Bud Selig."