ALDS: Versatile Verlander Holds Down the Fort 'til Astros Prevail 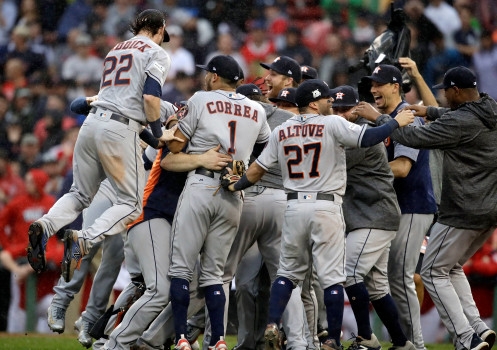 So much of elite competition revolves around mental preparation and routine.

That element was tested before and during Game 4:

Of course, so did the prospect of a winner-take-all Game 5, so the wheels were spinning at the red line.

MLB has proven to be resolute over the years that playoff baseball treats weather conditions the same way as the US Postal Service.

'Stros manager AJ Hinch was so concerned about weather interruption, he was prepared to stack starters; one would begin the game, and the other would pick it up after play resumed.

The skip let Justin Verlander know he'd get the ball in that second position, so his mindset morphed to something he'd never done in his career: work as a reliever.

The game never did get interrupted, but that didn't matter when Verlander got the call. He said he slipped on his delivery to Andrew Benintendi and hung the slider, but after that, he became typical Verlander.

In the other dugout, Chris Sale actually began his career as a reliever. He, too, delivered a masterful performance. However, like Verlander, the mistake he did make was amplified the way best-of-five series can cause:

Still, give credit to both pitching luminaries for excellent efforts in unaccustomed roles:

If Sale's line doesn't bolster the argument of how irrelevant pitchers' won-loss records can be, nothing does.

And Houston has now shown -- whether it's a long regular season or short playoff series -- they're loaded and ready.