Published on 5-Oct-2018 by Alan Adamsson 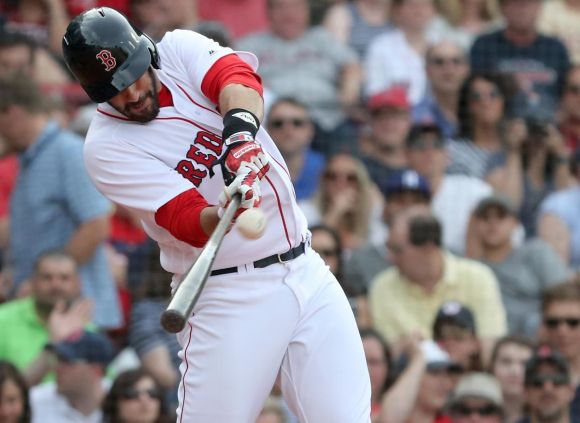 Ever since June, the only real drama in the American League has been esoteric:

The winners were those defending World Series champion Houston Astros and the 108-54 Boston Red Sox.

So the junior circuit can finally get its show on the road.

The 'Stros wasted no time putting Justin Verlander back out their to reprise his October Money role and quickly got the jump on Cleveland's Indians with a 7-2 romp by blasting four shots into orbit:

Meanwhile, in a renewal of the series that surely goes back to the roots of American history, what with ...

Drunk on dreams of dashing those of the Yankees.

The Sox got off to a good start in that respect, jumping out to a lead off the bat of JD Martinez and holding the Bombers at bay to cash in a 5-4 victory:

Nothing hints at best-of-five actually meaning best-of-five quite like this opener. It's likely this series could come down to the slightest of factors.

Somewhere, then, while Sam Adams is reaching for another cold one, maybe Babe Ruth is humming the soundtrack to No, No, Nanette.