ALDS: A Replay That Wasn't Sparks a Cleveland Comeback 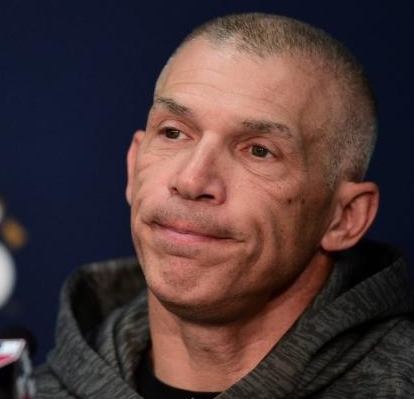 So he'll do whatever he can to speed up the game.

It could be Girardi's trying too hard.

His high octane closer thinks so:

A request that wasn't made changed the course of Game 2 between the Yankees and Cleveland's Indians.

Just a guess, here, but in his 15-year playing career, Girardi might've taken a pitch on his hands somewhere along the line.

What's more, why keep his replay request in the pocket? After the sixth, they're all automatic, anyway.

Girardi's feeble excuse flies in the face of facts. Apparently, Chapman could see that all the way from the bullpen.

Picking the proceedings up from there ...

Can't say Chapman didn't have his chance to defy fate.

And given baseball's penchant for red-headed stepchild stats, this has gotta be the first time a Brazilian citizen has ever delivered a walkoff winner.

For the record, no replay was necessary, and Gomes' heroics sped up the game's end.