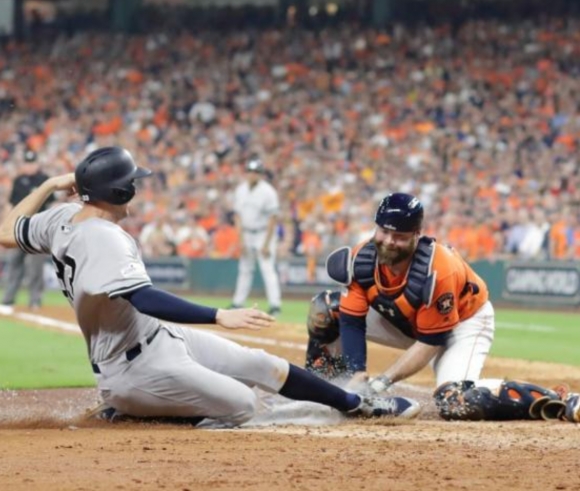 The closer the game, the more every little thing gets amplified.

Add another level of scrutiny in the playoffs, as TV cameras are relentlessly unforgiving.

And if that doesn't drop the hint that results are as dependent on mental discipline as physical performance, then ask any player this year who probably spawned the ancestral line that gave Star Trek those dudes in red shirts.

Starters Dallas Keuchel and Masahiro Tanaka set the tone as the American League's Championship Series got under way. Both showed the sort of superior control and approach that are key reasons why the Houston Astros and New York Yankees got here.

They thus placed the focus on intensity elsewhere:

Not only that, but dude's gotta get that part of his bod nearest to the plate to touch the plate.

Easier said than done, obviously. Still, fundamentals like that are even more important to the bigger, slower players.

Case in point: Albert Pujols could be timed with a calendar, but he's always been considered an excellent baserunner because he consistently does the little things.

As fate would have it, Bird's the dude who kept it close at the end.

Ironically, his ninth-inning blast put even more focus on what turned out to be the play of the game.

The Yankees are here in spite of their engine room's lack of production:

Clearly, those are becoming big things.