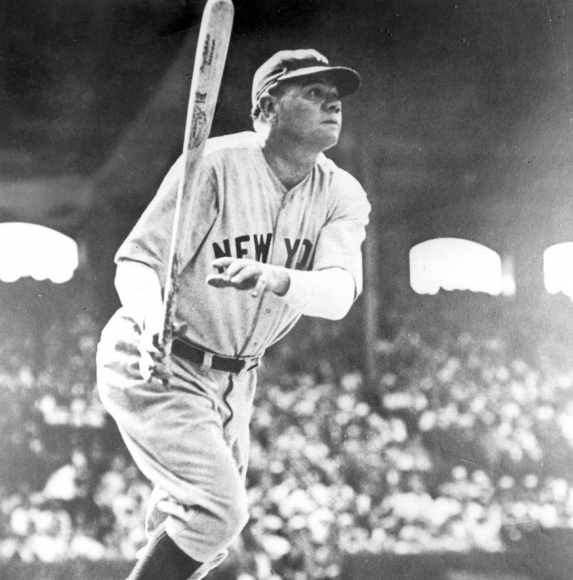 Just take one look at Yankee Stadium's right field porch, and it'll become clear that this is indeed a direct descendant of the House That Ruth Built.

Back in 1960, when the cantankerous Charles O Finley bought the Kansas City Athletics and served notice he wasn't going to be just another owner.

That included his belief that Yankee Stadium's right field dimensions gave them an unfair advantage. When that argument fell on deaf ears, he decided to retaliate.

The Commish at the time told him to tear it down. Yankee Stadium's dimensions remained intact.

After all, they're the legendary Bronx Bombers, and now the A's are in another city.

Aaron Judge is the latest to patrol right field, and he's actually making more noise out there with his glove. That's good, because if ConEd sent him a bill in October, it'd be damn near free. That's because he's had no power.

However, it all came together in Game 3 for the American League's probable Rookie of the Year:

That was good enough to support CC Sabathia, who basically did the rest with a 35-year-old body that's surely inspired an extra round of beer and nachos everywhere.

If anyone should be pinching himself these days, it's 3B Todd Frazier.

An all-biz veteran who was stuck in purgatory with the going-nowhere Chicago White Sox until the Yankees swung a deal for him -- along with David Robertson -- at the non-waiver trading deadline. Wise move by GM Brian Cashman.

How well are things going for Frazier?

Damn. Is dude living in it or what?

Don't expect to see that wave on any hitting tutorials. However, if ever anyone needed confirmation that you don't need to swing like traction candidate Carlos Gómez to go deep, there it is.

Listen to the physics professors. Let the pitch velocity do the work.

Todd Frazer will back that up while he's pinching himself.