ALCS Announcers: Are They Biased? 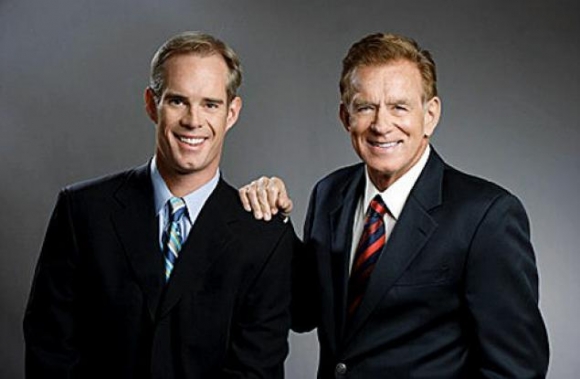 Well, it certainly does not get much more exciting than the ALCS.

The Boston Red Sox took a 3-2 series lead last night, courtesy of Jon Lester’s solid start against the Tigers, and now both teams will head back to Fenway for the final game or two.

Boston fans seem to believe that, aside from two bad starts by Jake Peavy and Clay Buchholz, the Red Sox have outpitched the Tigers at every turn, especially their bullpen. But while the Sox will take a lead going back home, why does it seem like they are down three games to one?

Some angry fans point to the announcers being biased in the booth, favoring the Tigers despite all that the Sox have done to keep them at bay.

Joe Buck and Tim McCarver are covering the ALCS on Fox. Social media has propagated the usual rumors of announcer bias, as seems to happen every year by fans of whichever teams are in the playoffs. What those fans never seem to grasp is if a national broacaster ever starts leaning one way or another on the air, he gets fired.

“If I’m ever at home and you’re doing the games, maybe I’ll feel the same way” Buck said. “I’ve been doing this for a long time now, I’ve been at Fox for 20 years, and I just do it the way I do it and if people like it, great, and if they don’t, fine. The important thing is the guys that pay me like it and the other people can just tweet all they want.”

Harsh words, but looking at Twitter this time around, there really does seem to be a lot of Boston fans angry over this alleged favoritism by the announcers towards Detroit. Now much of this could just be the way the fans perceive things, but then again, there’s the fact that John Lackey’s start seems to be completely forgotten and only Tigers pitchers were interviewed during Game 5 while no Sox players appeared on the television screen other than the ones on the mound.

Logic would seem to indicate that if announcers were going to be biased at all, they'd be favoring the Red Sox as well as the Los Angeles Dodgers in the NCLS. Why? Because those are the two largest markets left in the playoffs.

If only that were true. Ratings history consistently indicates that MLB's target market -- not necessarily the overall TV audience -- is merely interested in dramatic, intense games. In that respect, both the ALCS and NLCS are delivering the goods this year.

And the announcers are just along for the ride.