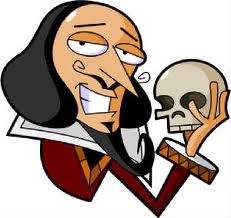 a southpaw often jested, until his most excellent winning streak,

he hath borne the Giants upon his number 75

16 times that yet, because of their momentous timing, seemed in the thousands of times;

and how! Now brown cow, how abhorred am I to see, the last box score;

my imagination doth failteth! The Panda’s Paunch roseth to the occasion with 4 RBI’s.

Yet here in this Town of Suds have they so cruelly set upon and hungeth a loss upon thee; poor Zito.

Amidst the Bratwurst of Milwaukee where the sausage are spied;

to dance and maketh merriment over the speedy endeth thereof.

Where be-est thou sinker now? Thou off speeder? Your mighty curve ball?

Can thine flashes of genius yet truly be gone?

Begulieth mine soul to perceive how the lackluster Brewers have hasteneth thine fall.

Thou hadth so oft of late had set the table for the bountiful bullpen; the late relief; and yea; the closer too.

Those precocious Killer P’s; try as they may; could not win the day for King Street and county of thine fair City by the Bay.

Not even a moving song of Journey can write such a wrong, such a sinking ship.

Nor yet can thine fans move their lithe frames to those sonorous strains of Tony of Bennett fames;

An ERA from zero to 4.86; would that it ‘twas only a discuss of that fabled processor of yore!