Published on 3-Oct-2019 by Alan Adamsson 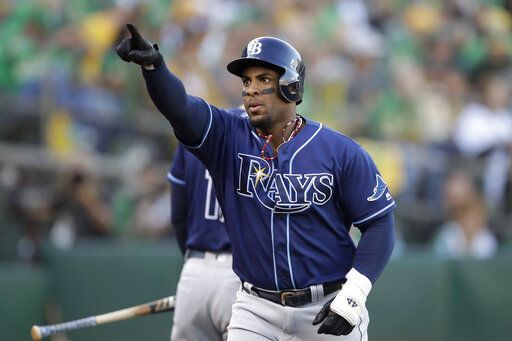 For one season, at least, MLB showed that money actually isn't everything.

The two biggest-payroll teams are watching the playoffs on TV:

Significantly, both clubs have said they're going into downsizing mode, maybe so they can be like the Tampa Bay Rays and Oakland A's.

The one big-bucks dude on Tampa Bay's roster is Astros discard Charlie Morton.

Gotta say, he's proof once again that when the Rays do splash out, they know what they're doing. Morton's got a 5.0 WAR this season, supported by a 16-6 campaign with a 3.05 earnie and 1.05 WHIP while chomping 194⅔ innings.

His teammates' big bats got the headlines in their 5-1 victory, but he was the chief reason a rare sellout crowd in Oakland -- the final count was 54,005 -- sounded like they were in a library.

The feisty A's have made the post-season in five of the last eight seasons but have yet to advance from their starting point. In fact, that hasn't happened since 1990, when they made it to the World Series and got swept by the Reds.

As to the Rays, they're one of only three teams that took the season series -- 4-3 -- from Houston.

The 'Stros went balls-out wire-to-wire to get home-field advantage all the way through the playoffs, so there were no soft series wins. Here are the other two who prevailed:

Maybe there is near-future hope for the Sox.

Right now, though, it's the Rays' impressive roster mix that's on center stage:

All the Rays need now are big plans for a new stadium.

Until then, they'll settle for challenging Houston.