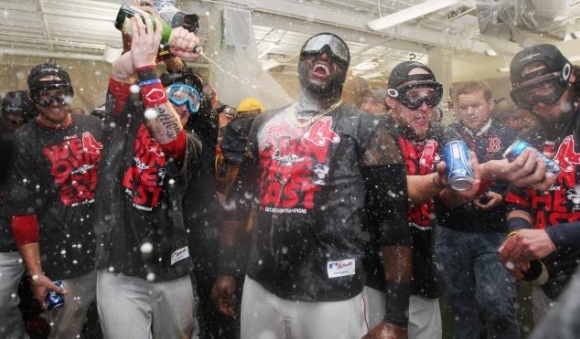 With spring training started in earnest, the Orioles' signing of Nelson Cruz appears to complete the major personnel moves in the American League East.

Yes, there are still a few unsigned players out there, but barring an unexpected development, the teams in this division have made their 40-man roster decisions.

The American League East is stacked from top to bottom and will be very competitive this season.

The Boston Red Sox return as World Series Champions and hope that losing Jacoby Ellsbury will not hurt them all that much. After the New York Yankees signed Ellsbury, Keith Olbermann weighed in on the deal, and sides with Boston:

The Red Sox also lost catcher Jarrod Saltalamacchia to the Marlins but replaced him with AJ Pierzynski, who will team with with David Ross to form a formidable tandem. The Sox also took chances on Grady Sizemore, who has been injured most of the past couple seasons, and  pitcher Edward Mujica, who was either injured or burned out at the end of the year with St Louis.

The Yankees, of course, loaded up after the Red Sox won the title last year. They signed Ellsbury, Carlos Beltrán, and Brian McCann for more money than they are worth and then broke the bank for Masahiro Tanaka, the pitching sensation ju jour from Japan. As long as the Evil Empire wins, it does not matter how much money they spend. Their only problem is their president, Randy Levine. He is an embarrasment to any organization and should not be allowed to serve as a spokesman. Every time he does, it makes everyone despise the Yankees even more.

Toronto made a brace of changes last season and it did nothing for them, but they believe they'll reap the benefits in 2014.  Mark Buehrle, RA Dickey, Kyle Drabek, and JA Happ form a good rotation while José Reyes and  José Bautista expect to carry a strong offense.

Tampa Bay is always in the mix with their underated manager, Joe Maddon. Baltimore seemed to be bringing up the rear until last week when they finally made two moves.The Orioles signed pitcher Ulbaldo Jimenez along with Cruz, both of whom should improve Baltimore's chances in 2014.

Detroit is very good, Oakland and Cleveland will be factors again, and the Rangers and Angels are improved, but top to bottom, the AL East will make for entertaining baseball throught the spring and summer. 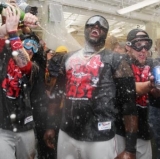 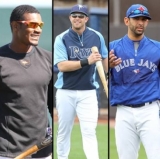