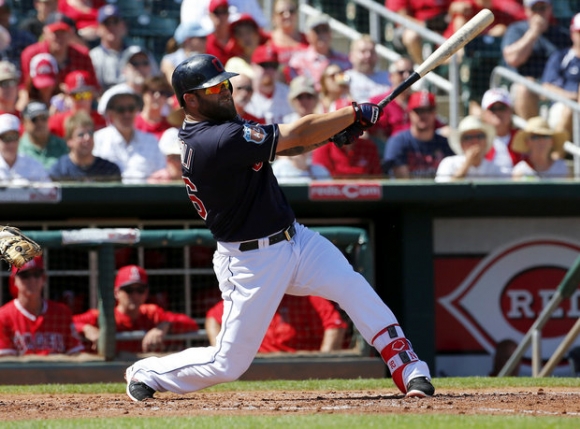 But if the playoffs started today, the Royals would be on the outside looking in.

The Cleveland Indians have a comfortable lead in the Central Division, even though they've slumped a bit after winning fourteen straight games.

Still, going two weeks without a loss at any point in the season can work wonders for one's place in the standings:

Danny Salazar leads the Indians in victories while the staff is steady with Josh Tomlin, Carlos Carrasco, Trevor Bauer, and Corey Kluber, who was last year's ace.

If Francisco Lindor, Carlos Santana, and Mike Napoli continue to produce at the plate, it will be hard to catch Cleveland in the division.

Santana, incidentally, is this Tribe's version of Pedro Cerrano.

The Tigers, Royals, and White Sox are all within 2½ games of each other but need to get going or they'll be fighting for a wild card position this year.

Detroit has to be thrilled with the resurgence of Justin Verlander and Francisco Rodríguez as well as the steady play of Victor Martinez, Ian Kinsler, and the always dangerous Miguel Cabrera, assuming he'll get back to being always dangerous.

Chicago will go as far as Chris Sale and David Robertson pitch and newcomer Todd Frazier and Adam Eaton hit.

Of course, it never hurts when the role players show they're worthy of MLB's $507,500 minimum salary:

The Royals can't seem to mount a substantial winning streak since stringing together five in a row in June.

Thus, they'll welcome back closer Wade Davis with open arms after his stint on the disabled list. If Kansas City is to return to the playoffs, their pitching must be more consistent and they need more on offense from everyone except Eric Hosmer, who is having another good season on all fronts.

The other team in the division is Minnesota, and ... well ... enough said.

But not by Terry Ryan.

Looks like they'll be re-rebuilding for a long time.