AL+1: Now the Season's in the Books 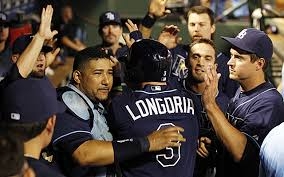 And that’s a wrap!

The 2013 Major League Baseball regular season is now complete after Tampa Bay and Texas held a one-game playoff to determine who gets the Cleveland Indians in another one-game playoff.

Leave it to the Commissioner’s office to take a simple game and needlessly complicate it, but I digress.

The Rays threw ace David Price, who had a horrendous career record against Texas until this crunch-time tilt, and the Rangers trotted out rookie Martin Perez, chosen by manager Ron Washington because Tampa Bay had issues with lefties during the course of the season.

As it turned out, Price threw a complete game victory and Evan Longoria went 3-for-3 with a key two-run bomb and a double to cap a 5-2 victory and send the Rays to the American League Wild Card game in Cleveland.

Since this was technically a regular season game, all its statistics counted towards players' season totals instead of playoff stats. That's why, if you read the box score, Longoria's dinger counted as his 32nd and his two-bagger went as his 39th of the season. What a clutch player!!

The final day of the season for everyone else was crazy, highlighted by Henderson Alvarez of the Miami Marlins throwing a strange no-hitter against the Detroit Tigers. I’m sure ya’ll saw that coming! And if you didn't, feel free to join fans who want to say they did by buying an unused ticket!

Miguel Cabrera of the Detroit Tigers came up short in his bid to win back-to-back Triple Crown’s but did win his third straight AL batting title. Impressive, nonetheless! Cabrera did win a sort of über-nerd version of the Triple Crown by leading the AL in OBP, SLG, and OPS, along with some other statistics like Base-Out Runs Added that I have no idea how to calculate. This is coming from a person with an Actuary Science degree.

Colorado Rockies OF Michael Cuddyer hit .331 to win the NL batting title, which marks the eighth time since 1993 a Rockies player has won a batting crown. So, is MLB going to put an asterisk next to Cuddyer’s name because he won the batting title while unfairly playing half his home games at hitter’s paradise Coors Field? No, because the Rockies are a sanctioned ball club by MLB and all their stats count the same as every other player. Besides, MLB has sanctioned keeping game balls there in a humidor to take the 'jackrabbit' out of them. They claim it's working.

Chris Carter of the Houston Astros only struck out 212 times, falling 11 shy of Mark Reynolds' single season record. Is it just me, or do guys swing and miss more than Bugs Bunny nowadays?

Mike Trout became the first player in AL history to accumulate 25 homers, 30 stolen bases, and 100 walks in the same season, joining 1915 Ty Cobb and 1993 Lenny Dykstra as the only players to have 190 hits, 100 walks, and 30 SB in the same season. He’s just getting started, folks! And he's a much better bargain for the Angels than Albert Pujols and Josh Hamilton! Maybe this farm system thing is worth exploring, Mr Moreno.

The Miami Marlins joined the Houston Astros in the 100-loss club -- the Astros were in the 111-loss club all by themselves -- with the Chicago White Sox falling one loss short. Maybe I wasn’t paying close enough attention, but I didn’t realize things had gotten that bad on the South Side. Robin Ventura may find himself on the hot seat next spring as the crosstown rivals already dumped their manager, Dale Svuem, yesterday. Eric Wedge had already told the Mariners to take a long walk off a short plank; do you see the irony there, since Seattle’s mascot a sea captain?

Terry Collins and Ron Gardenhire both had their contracts extended for two years by the Mets and Twins, respectively, so the managerial merry-go-round isn’t going to pass through Queens or Minneapolis this off season. But the Bronx, maybe. Joe Giradi is from Peoria, played college ball at Northwestern, and may have had enough of the Yankees' most recent circus act. He's one for quick decisions, so that might be ready for an announcement -- either way -- after MLB lifts their post-season embargo on press releases for anything other than the post-season.

The Giants re-signed Hunter Pence and 'way overpaid because they were bidding against themselves. Who taught them to do that, Tom Hicks? Robinson Cano set the bar so high in free agency that a couple teams may have to form an LLC and pool resources in order to afford him.

Last, but not least, we turn to Alex Rodriguez.

No baseball story would be complete without mentioning A-Fraud, A-Roid, I mean A-Rod and his ongoing saga over the use of performance enhancing drugs.  Rodriguez is facing a 211-game suspension, which the player’s union argues is an excessive penalty. That hearing started yesterday.

On a side note, the state of Florida opened a criminal investigation into Biogenesis, the former anti-aging clinic where A-Rod and a few other players received nutritional supplements that would put hair on the chest of a Silverback Gorilla!

Now it's time to enjoy the post-season, truly a special time of year where unheralded heroes like Scott Brosius, David Eckstein, Marco Scutaro, and Cody Ross become household names. You know the saying that the cream rises to the top? Usually not in October baseball! 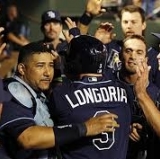 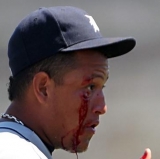