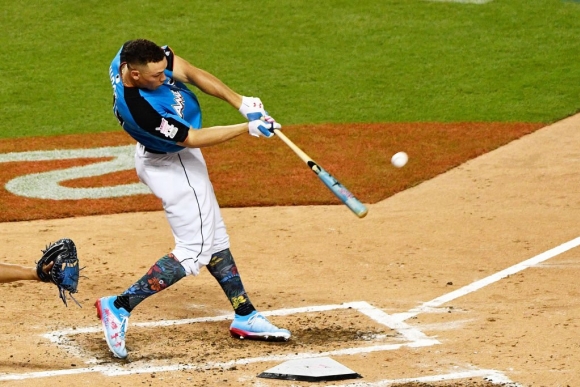 Of all the All-Star Games in all the sports, baseball -- which originated the concept -- most naturally resembles a real-game format.

And of all the skill competitions in all the sports, nothing captures the imagination quite like the Home Run Derby.

Some would say it's even overtaken the Midsummer Exhibition on center stage.

The long ball's been an obsession ever since Babe Ruth changed the game with it.

And the Home Run Derby isn't new. It even used to be a weekly television series back in 1960.

So when the bright lights who run MLB decided to revive it as a warm-up to the All-Star festivities in 1985, all it took was a bit of nurturing to become the spectacle that it is today.

The power show's certainly had its legendary moments. For instance:

Maybe the balls are more tightly wound. That didn't matter. Those swings were things to behold.

Judge, of course, was the first rookie to take the honors here. Who knew anyone would be saying that about a late-season call-up who hit .279 last year?

While seamheads are already waiting for a potential Judge vs Stanton smackdown in 2018 that they were denied this time around, who knows if another young talent will explode on the scene to steal that show?

Those fans may even stick around for the next day's game.