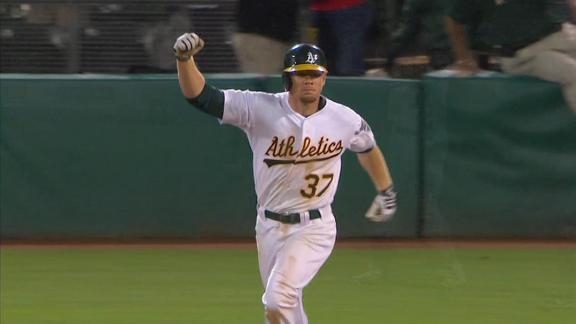 15-inning games aren’t something you see everyday, so the Miami Marlins bringing home the W after a long outing against the Mets finally brought them some attention.

Or at least it did.

The 15 minutes of fame rule was enforced pretty strictly on this one.

What stole all the thunder from the Marlins' 15-inning game was the A’s going for 19. An Angels vs Athletics ball game that took up all of six hours was finally sealed shut with A’s first baseman Brandon Moss going yard for a 2-run walk-off homer in the bottom of 19. This bomb cut off the longest game in Oakland's franchise history.

After playing one game that has lasted longer than two normal ones combined takes quite a toll on the players. Whoever came up with the saying, “it’s a marathon, not a sprint” sure called this game right. Each team put its bullpens to work in this one, too, ripping through eight pitchers each, needless to say it was a sloppy 19 innings.

Angels pitchers Michael Roth and Barry Enright combined for 2.2 IP while giving up 5 runs. Nothing’s worse than when your pitch count after a game is just above your ERA, something about which Enright’s now moaning and groaning.

And these kinds of groans are nothing new to the Angel’s fans, either. After putting together a batting order that looks like an All-Star team, LA is only 9-16. The word disappointment hardly does justice for what those fans must be feeling. All of the Greater Anaheim Area is probably starting to regret that $123 million contract Josh Hamilton signed after watching him go 0-8 this past game.

Unless the Trout-Pujols-Hamilton trifecta can start mirroring the NBA’s Big 3 in Miami, it’s gonna be a boring October in the city just south of the City of Angels.