A-Rod Got His Ball Back 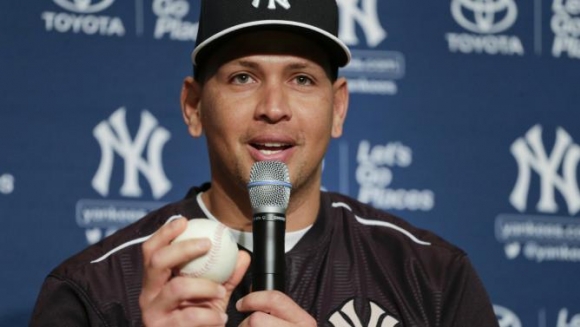 So the murky milestones are piling up now.

The latest had a touch of irony: rogue meets rogue, as it were.

And just like his former teammate, Derek Jeter, ARod cemented his club membership by going yard.

Hitting a homer for No 3000 seems like the most poetic way to enter the history books. There's an issue, though, like how you're going to get the ball back.

Unlike one that's hit into the field of play -- where a fielder would simply toss the it to the Yanks' dugout -- a home run requires the cooperation of the lucky fan.

Usually they're cooperative enough to return the ball in exchange for tickets or other memorabilia, such as was the case with Jeter’s 3000th. However, A-Rod is not as sympathetic a figure as the Captain, probably due to all the cheating and lying he's done over the years.

Further complicating matters was when the dude who caught the ball was Zack Hample, who's caught more than 8000 balls in his life.

Hample has made a career out of his ball-hawking skills, which includes writing a damn book of tips and tricks to snagging game balls.

Prior to the game, Hample tweeted that if he caught the ball, he'd “give [ARod] the finger and a dummy ball.”

Seems the baseball gods decided to test his claim, as they guided ARod’s historic dinger into his experienced hands. And despite the requests of the Yankees and the Twitterverse, Hample kept his word: But just like Kennedy and Khrushchev during the Cuban missile crisis, the Yankees and Hample were able to negotiate for the betterment of mankind.

Hample agreed to return the ball to A-Rod in exchange for two signed bats and a $150,000 donation to Hample’s charity of choice. There was even a press conference to commemorate to peacful exchange. Dude actually apologized, which Rodriguez admitted was ironic, given his past.

It was a small victory for the tainted Yankee. One day, that ball might wind up in Cooperstown, which is more than can be said for the dude who hit it.