Forgive Alex Rodriguez if he seems to be in a foul mood today.

It seems that during his hearing, arbitrator Fredric Horowitz ruled that Major League Baseball commissioner Bud Selig doesn't have to testify in his case, which didn't exactly sit well with A-Rod.

In fact it, didn't sit well at all.

According to observers, the tainted star went OFF on the arbitrator and a few other MLB officials, storming out of the room.

“This is ridiculous,” Rodriguez is said to have shouted after Horowitz issued his ruling shortly before noon at MLB’s offices on Park Avenue.

Rodriguez then pointed his finger at [MLB executive Rob] Manfred, who directed baseball’s investigation into the Biogenesis clinic suspected of being a source of supply of illegal PEDs to ballplayers, and said “You know you’re full of s—!”

Instead of doing the smart thing and apologizing, A-Rod went on with is rant.

“I am disgusted with this abusive process, designed to ensure that the player fails. I have sat through 10 days of testimony by felons and liars, sitting quietly through every minute, trying to respect the league and the process. This morning, after Bud Selig refused to come in and testify about his rationale for the unprecedented and totally baseless punishment he hit me with, the arbitrator selected by MLB and the Players Association refused to order Selig to come in and face me.

“The absurdity and injustice just became too much. I walked out and will not participate any further in this farce.”

This is far from a rash observation, but I don't think A-Rod will win this case.

Seriously, he's suing the baseball establishment, making a multitude of allegations. Does he honestly think MLB was going to cut him any slack?

To say this guy is living in a dream world would be an understatement.

Rodriguez remains a self-absorbed star, as clueless as always. What a surprise. 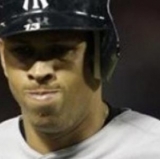 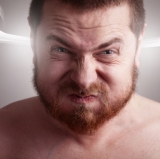