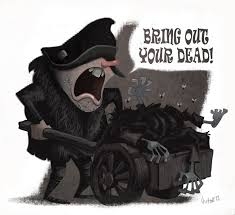 But timing is everything.

First, dude allegedly makes his announcement that he's hanging up his syringe spikes in 2017.

Then, later in the day, Forbes declares the New York Yankees to be the most valuable franchise in North America.

And not soon thereafter, Alex Rodriguez says he was misquoted, turning a slew of reports like this into a Bronx Bombers pipe dream:

Hmmm. Snarkmeisters can say what they want about the World Wide Leader, but their reporters and editors are usually quite certain before a quote sees the light of day.

As well, since most have long been convinced that ESPN thinks there are only two baseball teams on the continent -- quelle surprise! -- it'd be quite the shocker if they got a story involving one of them wrong.

Don't think the Bombers' front office isn't wishing they could spend part of that $3.2billion net worth on a bopper from days of yore:

Good point. Also a good observation about what A-Rod has all over him.

Of course, 2017 is when his utterly ridiculous but PED-free contract expires. By that time, Forbes will probably say the Yanks are worth a kajillion dollars, so no wonder dude's keeping his options open.

Not to mention his possibilities.

In fact, Bonds' bean may be the only thing bigger than A-Rod's ego.

Also in the running, though, is the disgraced Yankee's ability to ignore shame.

So, when the 2017 season comes and goes, negotiations between the team and Rodriguez will probably center around two key factors: