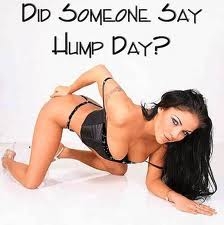 Readers of the Daily Stake who also wager must feel like it's Christmas because we're giving out three picks today and we've hit six of our last nine, so if that trend continues, this could be a happy and profitable day!

Let's start in Philadelphia where the Red Sox take on the Philadelphia Phillies, and Bosox pitcher John Lackey seems to have found his groove. After a late start to the season due to injury, Lackey suffered more arm problems during his first start of the season and went back to the DL. But taking a look at his recent outings, it seems the old Lackey may be back. Lackey (3-4; 2.72 ERA) has tossed 13 straight innings without allowing a single earned run. He's also allowed only three hits and just one free pass during that time.

The Bovada data tool on the Home page will show you much of Lackey's recent dominance, inluding his last outing in Cleveland. That was Friday when he struck out eight in seven innings and didn't allow an earned run in an 8-1 Red Sox victory. Lackey also has been better against left-handed batters this season than righties, keeping lefties to a collective .211 average. That's not good news for Phillie hitters Laynce Nix and Ryan Howard, who have struck out a collective 13 times in 27 at bats against him.

Kyle Kendrick (4-3; 3.29 ERA) hasn't been bad at all for Philadelphia, but something about facing the Red Sox must not be right. He's 0-3 against the boys from Beantown with a whopping 10.80 ERA. And if Kendrick needs help from the bullpen, don't expect much based on recent performances. Boston's pen has an ERA of just over 6.00 in the Phillies' last 10 games.

Boston is a relatively light favorite at -125 at Bovada, but I think with Lackey's strong recent performances coupled with Kendrick's obvious struggles against the Red Sox, Boston is a solid play and I will be backing them today.

The other two plays come from the Washington-Baltimore game that looks to be a solid pitchers' duel. Jordan Zimmerman and Chris Tillman go head-to-head in a battle near the nation's capital that could well provide very few runs. Zimmerman (8-2; 1.71 ERA) could be the majors' first nine-game winner.

He is 1-2 lifetime against Baltimore, but not due to a lack of good pitching. The Bovada data tool on the Home page tells the story, where you'll see Zimmerman has a lifetime ERA of 2.70 against the O's. That and the Orioles averaging five runs per game over their last five makes slight underdog Washington -- +102 at Bovada -- a very solid play at Camden Yards today.

It won't be a breeze the way Tillman has been going lately. Tillman (4-2; 3.68) has been especally solid in his last seven starts with an ERA of 2.62. His recent success -- coupled with Zimmerman's -- all season long also make Bovada's total of 8 appealing for an under play. The Bovada data tool also shows us the under has hit in four of the last five between these two when playing at Camden yards, where they meet tonight after playing the last two nights in Washington.

As we've said here before, when we offer more than a single pick we in no way are encourging parlays. My strategy on a three-play day is to simply hope to hit at least two. Start putting parlays together, and this game gets much harder to win.