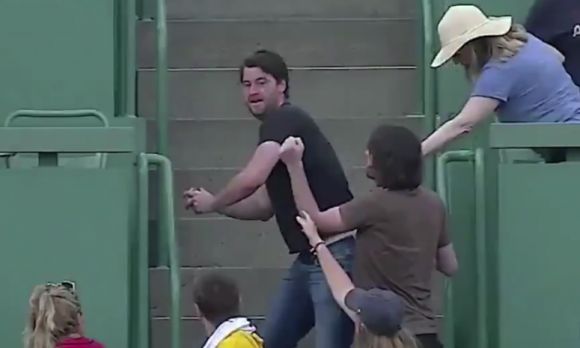 The nastiness of the Boston Red Sox-New York Yankees rivalry can't be overstated.

However, there's also a mutual respect in evidence, with little kindnesses being exchanged on a routine basis.

For example, with the two AL East titans hooking up at Fenway Park, a BoSox fan with a heart of gold put the feelings of a fellow human being ahead of his own.

That human being just happened to be Yankees slugger Giancarlo Stanton.

Fortunately, through the miracle of video, we're able to witness this wonderful act of charity:

What a beautiful moment.

That really was a hell of a throw, though.

Even Stanton felt compelled to acknowledge the effort, giving this rival fan a hearty salute as he rounded the bases.

The Yankees eventually prevailed, winning their 100th game of the year, but this isn't terribly important.

Our humanity was reaffirmed today by one very special fan.