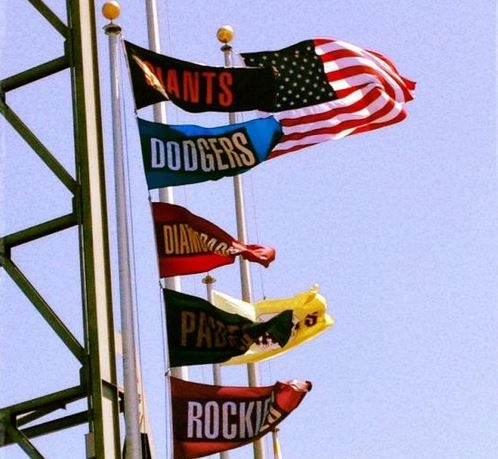 If only Kansas City Royals speedster Jerrod Dyson would've been running with two outs in the bottom of the ninth inning of Game 7 in the World Series, the Giants wouldn't have celebrated their third World Series title in five seasons.

Now that it's 2015, memories of October have faded away, and the blossoms of spring bring allow teams a breath of fresh air.

Dodgers ace Clayton Kershaw can erase memories of getting stung by the Cardinals -- again -- in the post-season, and his dreadful start to 2014 that began with trip to Australia and the DL.

This division is acutely top-heavy, with the long-time rivals Giants and Dodgers owning this division since 2011; the Diamondbacks were the last division winner not residing in SF or LA.

But now, a new threat has emerged. The San Diego Padres are  making more moves than a frat boy on Ladies Night at your local ballpark.

2015 opens with the NL West being the Dodgers' division to lose. They are, after all, the defending division champs. Never mind those defending World Series champs, since it's an odd-numbered year.

The Bums have the most talent in this division and are rightfully chosen to win it again. Having Clayton Kershaw pitch every fifth day can't hurt. What will the loss of Matt Kemp mean? The arrival of über-prospect Joc Pederson, that's what.

A new double-play combo of Jimmy Rollins and Howie Kendrick leaves a little to be desired with the leather, but they were brought in for their lumber.

Los Angeles will score plenty of runs and, with a shutdown bullpen, expect them to approach the 100-win plateau.

Anything short of a World Series title will likely end Manager Don Mattingly's tenure. He can then happily grow his sideburns to any length he chooses without the threat of suspension. A membership to Dollar Shave Club is not in his future. 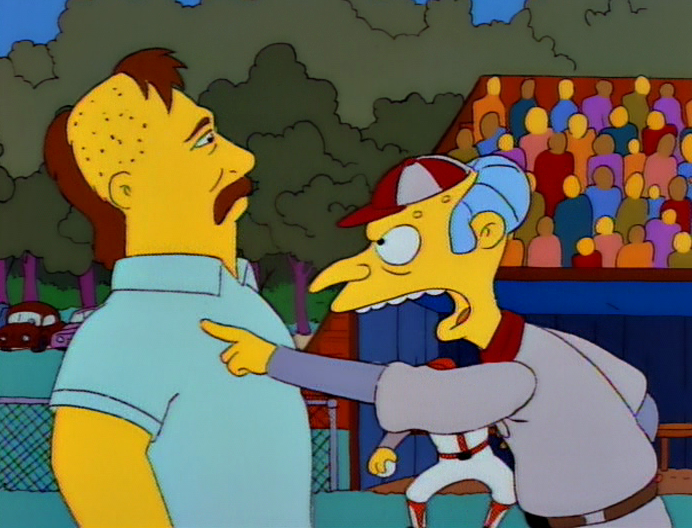 The fashionably late fans at Chavez Ravine will not have Dodger Blues this summer. Fall is a different story.

It's hard not to look at the moves the Padres made and not think they can contend for a division title or, at the bare minimum, a Wild Card spot.

Webster's Dictionary will have to amend its 2015 edition to include the Padres' 2015 team photo next to the definition for turnover.

They'll have the fortune of playing the Diamondbacks and Rockies to pad their win column, thanks to the unbalanced schedule.

Will the addition of Big Game James Shields get them over the hump to take down the Dodgers? This is why they actually play the games, kids. On paper, San Diego has a loaded lineup and stellar bullpen, but the rotation leaves a lot to be desired after Shields.

I give them extra credit for handing closer duties to Joaquin Benoit. Take note, Detroit.

As mentioned previously, it's an odd-numbered year, so the G-Squad has no chance of repeating as World Series champs. 2016 could be a different story, though, because they'll still have Bruce Bochy running the show.

Madison Bumgarner became a household name last October, turning in one of the greatest performances in post-season history and immediately thrust his name into the discussion with Whitey Ford, Bob Gibson, and Sandy Koufax.

However, it wasn't a good way to start Spring Training when OF Hunter Pence went down with a broken arm after being struck by a pitch. At least, the post-game spread was safe from the clutches of 3B Pablo Sandoval, now gaining weight in Boston.

If the Freak -- aka Tim Lincecum -- can regain his Cy Young form, it could truly bolster what's one of the top rotations in the entire league. A comeback season from Matt Cain would help, too. Was it weird to not see either pitcher play a role in their title last season? It was for this writer.

The Giants were relatively quiet this off-season, bringing in Casey McGehee to take over the hot corner from Panda. They must have enjoyed watching Nori Aoki play against them in the World Series, since they signed him away from Kansas City. Other than that, it was the Panda's departure that drew the biggest headline during the Hot Stove League. The Giants will miss him. 2009 was the last season the Rockies were still playing in October, and that's not going to change in 2015. After trading ace Ubaldo Jimenez to the Indians, the rotation has struggled to find an arm capable of being exposed to the elements at Coors Field, and I'm not talking about snow.

Colorado boasts the best infield defense in baseball, regardless of whether or not Troy Tulowitzki is healthy. Nolan Arenado and DJ LeMahieu won Gold Gloves and they are likely to repeat as award winners in 2015.

Justin Morneau won the batting title and OF Charlie Blackmon was one of the most unlikely All-Stars, so offense reigns supreme at Mile High.

If slugger Carlos Gonzalez can remain healthy, the Rockies could have one of the best OFs in all of baseball and could have fans reminiscing about the Blake Street Bombers on the 20th anniversary of the franchise's first playoff appearance.

How long the ageless LaTroy Hawkins -- he turned 42 in December -- can continue closing out games remains to be seen but it's not like they have any other options.

Once they can figure out this whole pitching thing, Colorado will again be a force to be reckoned with, but come October, it's a Broncos town.

First-year manager Chip Hale has a tough task running this squad, with names like David Peralta, Chris Owings, and Tuffy Gosewisch -- isn't that a great baseball name! -- taking the field. Former Manager Kirk Gibson was fired with just three games left at the end of 2014, which led to speculation Tony LaRussa was getting back at him for the memorable dinger Gibby hit off Dennis Eckersley in the 1988 World Series.

New GM Dave Stewart made some bold moves, acquiring Jeremy Hellickson from Tampa Bay to be the ace of a staff that features castoffs and AAAA players.

The biggest coup for Arizona was signing Cuban sensation Yasmany Tomás to a six-year deal to be el hombre in Phoenix for quite some time.

What did you expect, the re-signing of Bronson Arroyo?

That middle of the order trio of Tomás, Mark Trumbo, and Paul Goldschmidt could be a headache for pitchers. CF AJ Pollock needs to remain healthy at the top of the order for these sluggers to drive him in. Look for Pollock to score about 125 runs if that holds true.

Questions remain at the back end of the rotation, and the bullpen as closer Addison Reed really struggled last year. Brad Ziegler could step up in the role if Reed struggles early and could emerge as a sleeper closer if you have yet to participate in your annual fantasy baseball draft.

With LaRussa and Stewart at the helm, look for Arizona to be a contender in 2-3 years, as these are savvy baseball men and know how to win.

One of the biggest questions for Diamondbacks fans in 2015, are they still taking reservations for the pool? 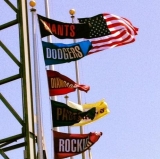 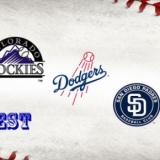