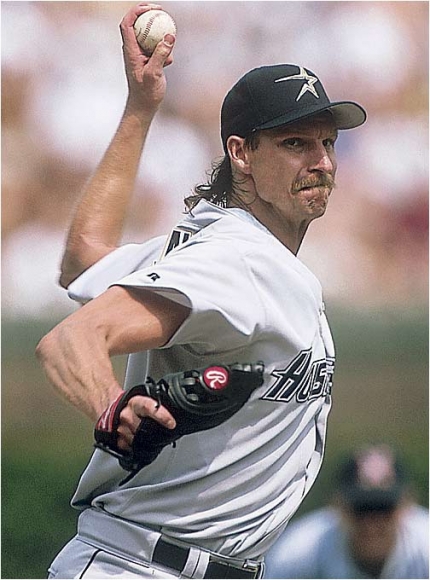 The people have spoken.

Well, at least the voice of roughly 600 baseball writers did, as they put their think caps on for a brief afternoon in December in between viewings of A Christmas Story marathon and meaningless college football bowl games.

Voting for the 2014 baseball HOF featured the election of three very deserving candidates, Greg Maddux, Tom Glavine, and Frank Thomas.  Former Astros C/2B/OF Craig Biggio missed election by just two votes.  Next year, Craig! Maybe voters like the Boston Globe's Dan O'Shaughnessy will put more than one name on his ballot next year and other who refuse to vote for anyone in the steroid area will stop painting all the players with the same brush.

While they could’ve elected anywhere from 2-15 others, depending on your definition of Hall of Famer, to elect three in one year is pretty amazing. In fact, the only time in recent history this happened before was in 1999, when Nolan Ryan, George Brett, and Robin Yount were all elected on the first try. The class of 2014 will be one of the best ever when you include former managers Bobby Cox, Tony LaRussa, and Joe Torre, elected by the Expansion Era Committee in December.

Let’s gaze into that crystal ball for a moment and take a look at next year’s ballot which features three well deserving first-time eligible players ... err ... pitchers. Consider this your voter’s pamphlet.

Other notable players appearing on the ballot for the first time in 2015 are: Gary Sheffield, Nomar Garciaparra, and Carlos Delgado. Sheffield’s PED use will likely keep him out of the HOF forever if this year's results are any indicator. Nomar had an even shorter window of dominance than teammate Pedro Martinez, and Carlos Delgado was a powerful player, but never really considered the best of the best.

Along with the three notable newcomers in 2015 are holdovers Craig Biggio, Jeff Bagwell, Mike Piazza, and Tim Raines. Of the non-qualifiers, these dudes received the highest level of support, and Biggio should easily scrape up two votes in order to get the nod next year.

Two players who won’t appear on the 2015 ballot are longtime Tigers SP Jack Morris, who failed to gain election in his 15th and final try, and Rangers/Orioles 1B Rafael Palmeiro, who failed to get 5% of the vote. His time in purgatory has ended.

2015 will also see Don Mattingly’s final appearance on the ballot, and with just 8.2% of the vote, he will most likely suffer the same redundant fate as Jack Morris. Their only hope of gaining entrance to the Hall now is to win the support of the Veterans Committee.

At least Mattingly just got a contract extension. Maybe he can make the HOF as a manger?