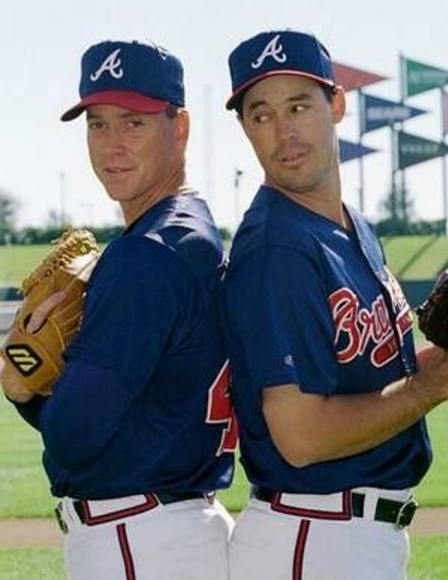 The ballots for this election were mailed out today nearly 600 baseball writers across the continent. They must be returned by 31 December and will then be verified by Ernst & Young before the results are announced.

Greg Maddux, Tom Glavine, and Frank Thomas are the top first-timers on the 2014 slate. Mike Mussina and Jeff Kent make strong cases, but neither are first-ballot Hall of Famers and will have to wait a couple more years. At least.

If John Smoltz hadn't been so stubborn and pitched with the Cardinals for one last season, he could’ve been inducted with teammates Maddux, Glavine, and probably manager Bobby Cox, the latter of whom will be featured on the Expansion Era ballot.

These players' names appear in addition to the carryovers from 2013, where no players were elected by the Baseball Writers Association of America (BBWAA).  However, three deceased players were tabbed by the Pre-Integration Era committee. Only surviving cousins and step-siblings were able to attend the ceremony for their departed Hall-of-Fame-caliber baseball family members.

There are three things I want to see occur out of this election.

Incidentally, it's possible the Expansion Era ballot may produce more inductees than the regular ballot.

If you’re answer to those selection choices is none of the above, then you probably fall in line with BBWAA union membership and take the ostrich’s approach by sticking your head in the sand. That may be effective sometimes, but not in the case of one of the most stacked Hall of Fame ballots since they inducted the first class of Ty Cobb, Babe Ruth, Honus Wagner, Cristy Mathewson, and Walter 'Big Train' Johnson.

The 2014 list is about as cream-of-the-crop as it gets. Take into account Dale Murphy dropped off the ballot this year, which happens after 15 years. The difficult part is voters can only vote for 10 total players. There are 16 players referenced above, which doesn’t include Mark McGwire, Jeff Kent, Mike Mussina, and Lee Smith.

The point is we could see a fairly large class this year, considering the BBWAA's choices added to the Expansion Era results, which have about five people who look odds-on to get the call. The more the merrier is my way of thinking.

There are still only about 300 members of the Baseball Hall of Fame, which is elite company. Something has to give, what with the backlog. And virtually sure things like  Pedro Martinez and Randy Johnson are eligible next year.

Let the debate begin, and please BBWAA members, no submitting a blank ballot. With this year's crop, a stunt like that should get you permanently disqualified from future voting!