162 Games Needed; Maybe More if It's a Wild Finish 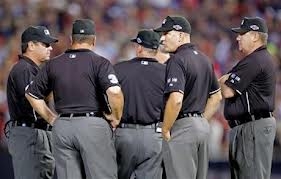 This is exactly the scenario that Bud Selig envisioned when they expanded the playoffs last season.

For the teams involved, today will feel very much like a playoff game with a sense of urgency on par with a UPS driver who has 87 packages left to deliver at 5pm on Christmas Eve!

The scenario can be pretty simple for the Cleveland Indians, Texas Rangers, and Tampa Bay Rays if they just win.

The Tribe holds a one-game lead in the Wild Card standings and is riding the wave of a nine-game winning streak. The Rangers -- who have a six-game winning streak going -- and Rays head into the final day of the season tied at 91-70. Tampa Bay has lost two in a row at Toronto this weekend, and part of the Texas winning streak is taking the first to games of their series against the Angels at home. I give the nod to the Rangers for the second Wild Card since they get to tee off on Jason Vargas, but never count out the scrappy Rays!

So, if these three win today, Cleveland has the home-field advantage for the Wild Card game, and the other two will have a play-in to see who makes the one-game play-off. That would occur in Arlington, as the Rangers won the season series from the Rays, 4-3.

However, say Cleveland loses and the other two win. Then the AL will conduct a three-team tie-breaker. Season series can't be used because each team did a rock-paper-scissors against the other two. That is:

So another format was determined by those bright lights in Bud's office. It goes like this:

The teams' records against each other determined who got to be whom.

Yes, don't ask. I know. It's better to just sit back and enjoy what MLB puts in front of you.

With the NL Wild Card already sewed up, Pittsburgh will host Cincinnati on Tuesday, and as every division winner is already crowned, we turn our eyes to the American League amidst a multitude of NFL games in progress, unless you don’t have the Red Zone package!

Taking a quick glance at the post-season schedule, I’m pleased to announce there are no World Series games in November this year. Game 7 is scheduled to be played on Halloween. Oh the joy for headline writers! Of course, this is barring any rainouts or other possible delays -- like, say, Armageddon -- so let’s keep our fingers crossed, or practice some black magic.

Baseball fans will certainly enjoy the last day of the season, as not only do playoff match-ups get set, but some statistical leaders will be finalized and milestones reached.  Unfortunately for Miguel Cabrera, he won't be the first player in history to win back-to-back Triple Crown’s unless he hits nine home runs today and Chris Davis mails it in.

But he'll be much more content if the Tigers can finish what they started last season. 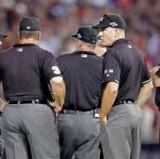 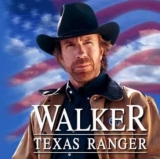