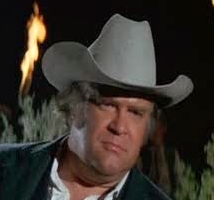 All anyone needs to know about the Big XII's direction as a conference are two recent statements:

Dude's set a new standard. Not even politicans can't backtrack on their claims that quickly.

Do know they're gonna blow it, but this latest Chinese fire drill that's quid pro quo for the Big XII gives college football's power brokers a real shot to put up or shut up once and for all.

Talk of conference expansion continues to be a festering sore that becomes even more annoying when it flares up.

There's the predictable onslaught of clickbait about who should be in and who shouldn't.

The problem is they're both right, and it's always gonna be that way until the faux pro programs well and truly differentiate themselves from the wannabes.

And that should get down to the most basic point of all:

The Big XII is the perfect candidate to start the shakeout. Think of it as the Austria-Hungary of 1914.

And then think of the aftermath.

The college football version of this map should see the Big XII -- in actuality, Texas and the Other XI -- shoot the moon and bump its membership to 16 schools:

Rick Neuheisel may be off by a few hundred miles for suggesting that UCLA do a Texas A&M and get outta USC's wake. But San Diego State might, setting up the Big XII as college football's first coast-to-coast league.

Smartly, that concept's already out there for the actual Conference USA, except for the steroids.

The Big XII bumping to 16 would no doubt push the other Power Fives to do it, too. Now that the ACC finally has a deal to join the ESPN mafia family of networks, it'd be harder for them to dissolve. Instead, they'd raid the American Athletic Conference.

The Pac-12 could then cherry-pick the top four Mountain West teams.

The fallout: 80 Power Five schools, and the rest become an aptly-named Conference USA at long last.

... until cord-cutting blows the doors off the broadcast rights bubble.

At that point, expect the college conference map to start looking like post-World War I Europe.