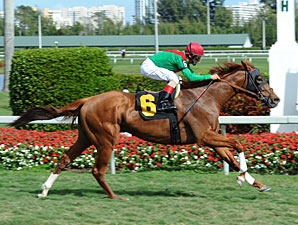 Now that the frenzy of graded stakes action around the world is in the books, it is time for some reflection.

It is only fitting that we start in the desert with the awesome performance of the now-international star, Animal Kingdom, who first burst on the scene in the 2011 Kentucky Derby. Animal Kingdom, a remarkable equine, easily outclassed his rivals in the $10,000,000 Dubai World Cup, the richest race in the world.

Animal Kingdom, breaking from pp 11, attended the pace set by Royal Delta, the champion older mare. Joel Rosario kept Animal Kingdom well within striking position throughout the backstretch journey. This was gutsy because of his recent highly criticized ride in the GP Turf Handicap; in that affair, Rosario forced Animal Kingdom into an early move while in pursuit of  Point of Entry, one of the premier turf horses in North America. It was a brilliant ride by Rosario in the Dubai World Cup. The pace was extremely soft and Animal Kingdom needed to lay close.

Off the turn and into the lane, Animal Kingdom easily surpassed Royal Delta with an impressive turn of foot. He quickly slapped three lengths on his rivals and the race was over. Animal Kingdom covered the about distance of 1 1/4 miles in 2:03.21 and returned $7.40.

Animal Kingdom improved his overall record to five wins and five seconds from eleven starts and earnings of $8,387,500. He will stand stud in Australia later in the year and is set to conclude his racing career in England. It's a shame he will never race again in The United States. What truly disturbs me is the lack of interest by American breeders'  for this magnificent animal.

There were other stars who shined over the weekend. With a bevy of stakes races at Gulfstream Park and the Fair Grounds, racing fans were treated to some special performances.

One of those stars was the talented 3-year-old filly Dreaming of Julia, who rolled to an eye catching 21¾-length score in the 45th running of the G2 $300,000 Gulfstream Oaks. She stalked pacemaker Live Lively, who had defeated Julia in the Davona Dale before gaining the upper hand through the turn and drawing off  to the best victory of the weekend. Dreaming of Julia is a force to be reckoned with for the upcoming Kentucky Oaks. She could also be a player against the boys if her connections choose that path later on in the year.

Orb continued his impressive Florida campaign with a professional victory in the G1 $1,000,000 Florida Derby at Gulfstream Park. Orb, a late runner, was much closer to the pace than in his recent races. The pace was slow for the level and Orb raced 5th, only three lengths out of it through the first turn. He maintained a clear running position while keeping in touch with the leaders. As the field approached the quarter pole, race favorite Itsmyluckyday had come away with a short lead. Orb was relentless as he wore down the favorite at 1/16th marker and opened up to a 2¾-length score. They are both set to face off in the Kentucky Derby on the first Saturday in May.

Revolutionary was very impressive in the 100th running of the G2  $1,000,000 Louisiana Derby at the Fair Grounds in New Orleans. Revolutionary was making his first start since the Withers, a G3 run on February 2nd at Aqueduct. In that race, he made a strong stretch move while overcoming traffic issues. In the Louisiana Derby, he raced wide up the backstretch while far off the hot early pace. He continued with a wide run and circled rivals with a five-wide charge. As the field entered the lane, Revolutionary sustained his run and gained a narrow lead, He showed a tremendous will to win when confronted by longshot Mylute. Revolutionary will be one of the favorites for the Kentucky Derby.

What a great weekend it was for horse racing fans around the world! The action continues this Saturday with the Santa Anita Derby and the Wood Memorial.