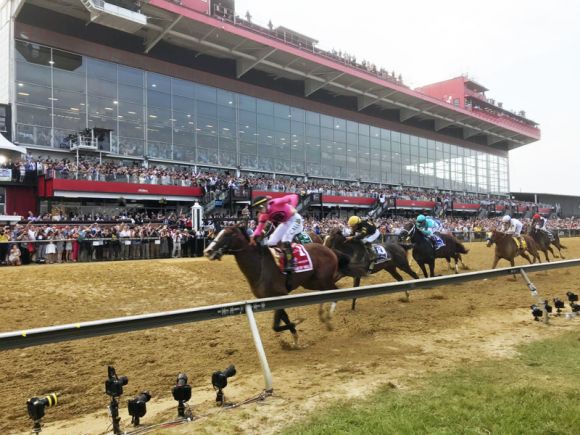 After 149 years, Pimlico Race Course was due for a major upgrade.

It was either that, or the Preakness was due for moving to another venue.

The second jewel in the Triple Crown has always been in the shadow of the other two by virtue of its place in the schedule for two simple reasons:

A firm grasp of the obvious never goes amiss.

The track has been a fixture in Baltimore since 1870, when the season's featured race was won by a dark bay colt named Preakness. Three years later, the race was named in its honor, which seemed only fitting as the colt was on its way to 11 major victories between 1870 and 1875.

By 2011, Pimlico fell into the conglomerated grip of Canada's Stronach Group, which has a huge presence in North American racing and gaming. It also had issues with the local authorities as to the track's future. Major renovations were needed to keep the turnstiles humming and elite horses coming.

Now, after threats that the Preakness would be shifted to nearby Laurel, both sides sensibly went on a peace offensive.

This led to a February agreement of a financial package that'll keep the race in Baltimore forever:

It's a $389million package that'll lean heavily on 30-year bonds:

That's a lotta anything.

In this case, it'll be enough to make the second jewel all gleaming and spiffy again. It'll also make everyone and everything near the track live happily ever after.