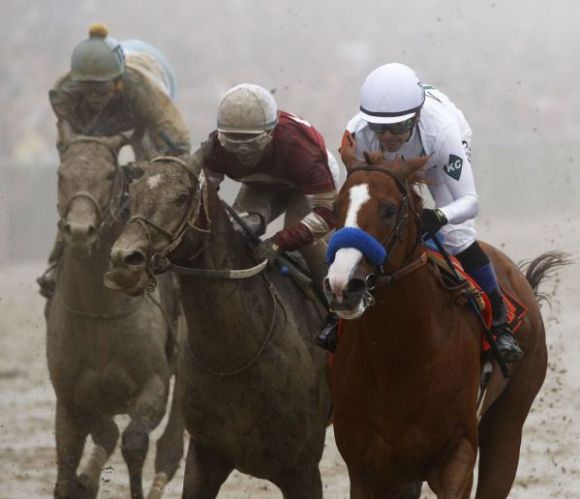 If one thing was clear after the 143rd running of the Preakness -- and not much was, considering the rain and fog -- it's that Justify is a helluva mudder.

And a spent one, too.

This was his fifth race in 90 days -- all of them winners -- coming after that diabolically short two-week break from winning the Kentucky Derby.

Toss in the fact that the Preakness is a half-furlong shorter than the Derby, and the Triple Crown's second leg becomes a virtual sprint.

Enough of one that Bravazo and Good Magic were definitely in it to win it.

In fact, if this race was Derby distance, Bravazo mighta done it. But it wasn't.

The drama in this one came when fog hid action on the turn and increased when Justify was severely challenged down the stretch:

That finish was closer than it sounded.

So much so that Justify will surely see an emboldened field at the Belmont Stakes in three weeks' time.

Odds are trainer Bob Baffert's pending superhorse will need every hour of it.