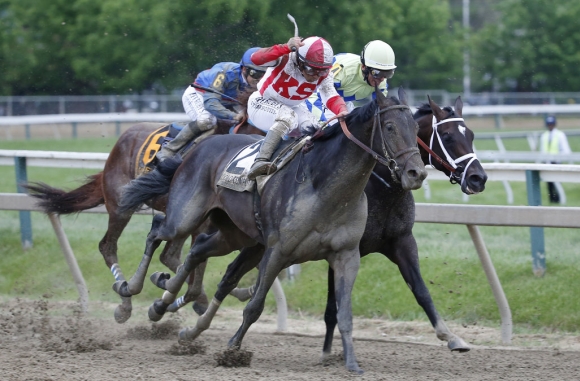 Yes, Upset was a horse that beat the legendary Man o' War ... once.

However, he's not why the term for underdog victories originated.

He also finished second to that Steed of Steeds in the 1920 Preakness.

So maybe we should find another way to describe a long-odds victor in the Triple Crown's second jewel.

Then again, it's probably most accurate to say that the Cloud Computing team outprepared the pre-race favorites.

It's no secret that odds are based on both past performance and perception. The stat geeks call this the wisdom of crowd. Those who dug deep into Cloud Computing's camp after seeing the colt's 13:1-to-win posted on tote boards called it opportunity.

Simple math was at the heart of trainer Chad Brown and jockey Javier Castellano's course strategy.

What's more, Classic Empire liked being a front-runner. Neither he nor jockey Julien Leparoux were prepared for a surprise coming up on the outside after sprinting to a three-length lead.

With the prospect of a Triple Crown winner dashed and the Preakness winner unsure of entering the Belmont Stakes, it's doubtful New York racing fans will see that sorta crowd.