Published on 4-May-2014 by J Square Humboldt 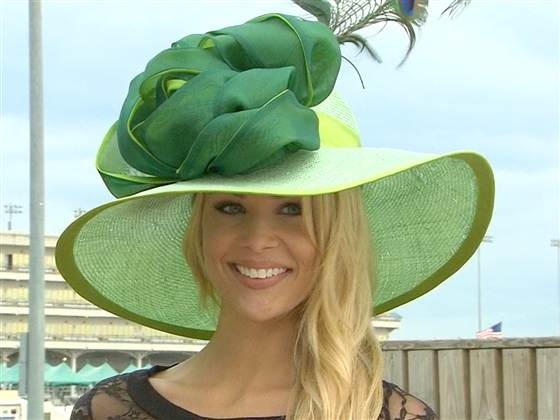 A patient trainer with a hard-charging horse was the winning combination at Churchill Downs this year, as California Chrome pulled away from the field to claim the 140th running of the Kentucky Derby.

It made 77-year-old Art Sherman the oldest trainer ever to grace the winner's circle.

Jockey Victor Espinoza paced his ride smartly to earn his second victory in this race, having also won with War Emblem in 2002.

Meanwhile, some must have wondered if there are now breeding fees for the hats women wear to this event.

It's a tradition taken from the Royal Ascot in England, where toppers of all sorts have been part of the scene for three centuries. A quick look at Ladies' Day there in 1968 reveals that not much has changed:

Back in the States, the focus now turns away from frivolous fashion and back to the turf, as speculation will now grow as to whether California Chrome can stage a repeat performance at the Preakness in two weeks before negotiating the grueling mile-and-a-half distance at the Belmont Stakes.

With California Chrome rising from humble beginnings to eclipsing the field in Louisville, speculation is rampant that this will be the first Cali colt in history to win the Triple Crown. The fact that it came from a no-history filly is an odds-beater in itself.

Overall, the last horse to accomplish that feat was Affirmed in 1978.