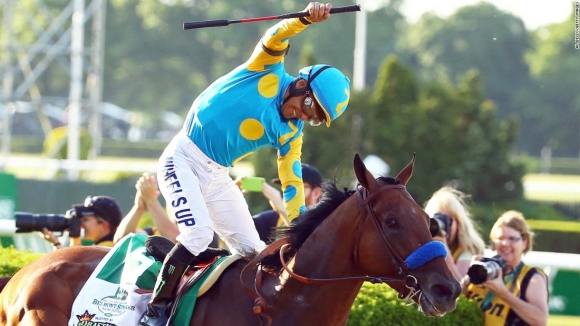 The Belmont Stakes had a place and a show, but only the ticket holders and trivia buffs remember who they were.

This one was all about American Pharoah, from wire to wire, from now to eternity.

Or at least until the next Triple Crown winner arises.

Will it be another 37 years before the sporting public sees another performance like this?

Affirmed finally has a successor. Victor Espinoza finally made it to the Belmont winner's circle on his third ride. For Bob Baffert, the fourth try was his charm.

American Pharoah was a sprinter in the Kentucky Derby, a mudder in the Preakness, and is now worth a fortune in stud fees for his Egyptian-American owner who will never care how fans and registrars spell pharaoh.

Considering the term started in hieroglyphics, however it's spelled is close enough.

Because now, both spellings have a rightful place in the world's fact files.