Yes, Virginia, There Was a Masters before Tiger 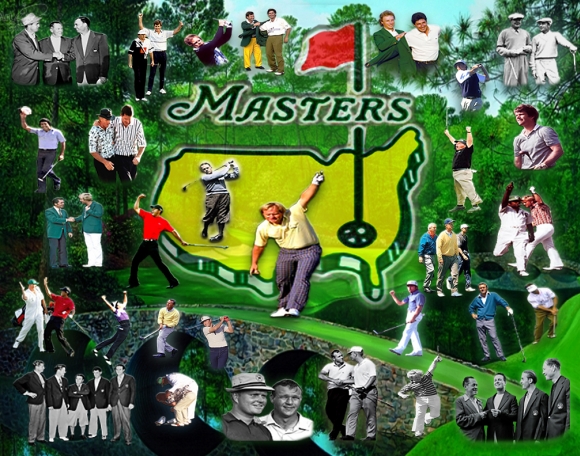 The famous, kinda famous, and even those with single-digit Twitter followers are teeing off at Augusta National today.

They're roaming one of the few courses OJ missed -- or was never invited, depending on the source -- when he set out to find the real killer, one country club at a time.

Somehow, the Masters tournament survived that absence. And now, it must cope with the hard fact that back surgery will keep Tiger Woods from making an appearance this year.

But the show must go on. Just like it did before the world ever heard of Tiger Woods.

This is an event where the hype is accurate. The Masters is a tradition like no other.

The course itself was designed by the first great legend of the game, Bobby  Jones, who remains as the only golfer in history to have claimed a Grand Slam:

It was Jones who created the Masters tournament itself, embellishing the sport with many of the game's greatest moments. And the magic starts with the course he designed that looms over the players who strive to conquer it.

So the allure of the Masters is not dependent on any one golfer -- or any one legend -- but rather in discovering who the course will allow the next legend to be. And as they come and go, the crowds and viewers will always be there.