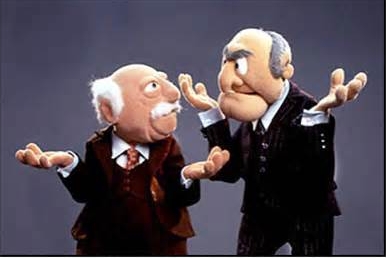 It's never really bothered tennis, but both the PGA and NASCAR have always had innate scheduling challenges in creating a climax to their seasons.

The Daytona 500 -- NASCAR's Super Bowl -- is a fixture every February, 'way early in its itinerary.

Golf, of course, has its four majors -- five, sorta, when the TPC is considered -- after which it appears to wander into the sunset.

It leaves fans to find their own excitement, like calculating how much it's really worth to save a penalty stroke or two.

The players themselves recognize that it's worth looking into other solutions.

However, the best any of them can do it give a vague response.

Since 2007, the end-of-season point-system series -- the FedEx Cup -- is doing what it can to maintain dynamics, like NASCAR does.

However, it's format isn't something that's easily conveyed to casual fans and makes one understand why so many accounting firms sponsor golf.

But first, here's how the final round of this season's Tour Championship finale at Atlanta's East Lake Golf Club:

The President's Cup, of course, marks the start of team golf events.

Xander Schauffele wasn't the only one-stroke winner on the day.

Justin Thomas may have lost by a pop to the tour rookie, but he also clinched that snazzy looking trophy and the FedEx Cup's $10million winner's check when Jordan Spieth didn't make a 14-footer on the 18th.

That putt would've been inconsequential if he hadn't done this on the 10th:

So, how does the PGA intend to address this?

Then, as Spieth mentioned, move it all to the end of August, when North America's sporting spotlight would be shining brightly on them instead of competing with baseball's pennant races and the start of football season.

With the PGA Championship shifting to May, this is beyond logical, and it looks like they're gonna do it.

We can but hope.