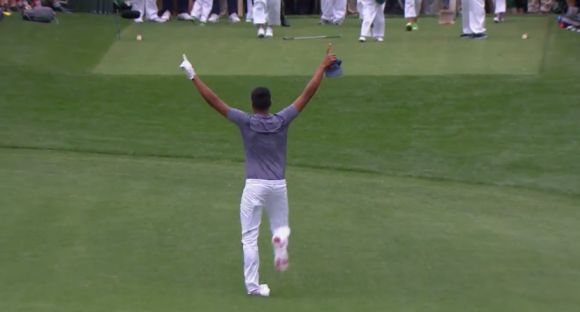 However, Tony Finau is a notable exception.

While this may not seem like a big deal, perhaps some context is in order.

He accomplished this feat after doing the following the day before the tournament began.

The Prime Word would be warranted.

This gruesome scene unfolded at the Wednesday Par 3 Contest.

Popping that summabitch back into place seconds later in front of his family and the entire gallery is the stuff of legend.

And oh, by the way, he went out the very next day and shot a 68, actually leading the tourney for a bit.

You may be wondering how that high ankle sprain is looking right about now.

Nothing was going to stop @tonyfinaugolf from playing last week. pic.twitter.com/r5bucNx9KH

This dude has what we like to call moxy.