Tiger's Getting Up to Speed; Finishes Second at Valspar 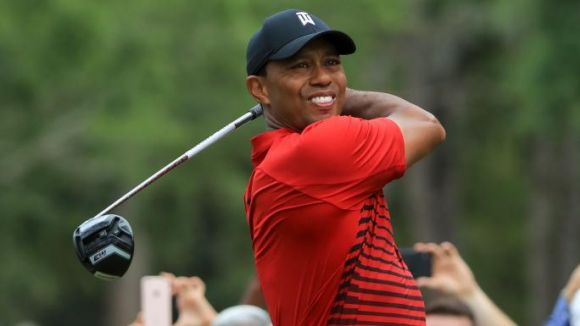 Dude's just under a year from undergoing spinal fusion surgery.

It's been four years and change since he won an official PGA tournament.

And, let's face it, too much water's rushed under the proverbial bridge for anyone to think this is his persona anymore:

But Tiger Woods still packs 'em in at the course and rounds 'em up on the channels.

Give credit where it's due, though. In the immortal words of Shooter McGavin:

The real comeback at Copperhead was Paul Casey, the 40-year-old winner of exactly one PGA event in his career.

It's not as dynamic a story, perhaps, but with a $1.7million winner's check in his hands, it's significant.

After all, dude began the final round six pops adrift of the lead:

Casey was on fire through the first 13 holes of his tourney-clinching round of 65.

Seven birds against only one bogey will do that.

Woods, meanwhile, continued his steady progression toward being a major contender again.

Dude's showing control with his long irons. It's his approach shots that could use tweaking. He could also use a few more of his patented dramatic putts, but then again, who couldn't?

Most importantly is the fact that his confidence is back in full force:

The club twirl should have given it away. 🐅

Bovada now has Tiger installed as the Master's favorite.

That may be pandering to public sentiment, but if he can maintain this pace of progress over the next month, dude's got a shot at turning the oddsmakers into the prophets they're assumed to be. 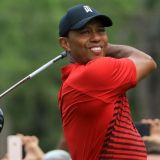 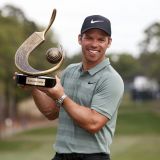 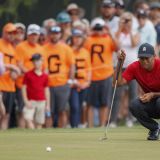