Tiger Wins Players Championship as Sergio Falters In the End 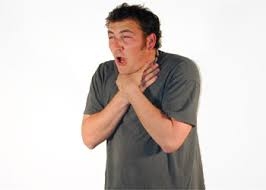 When I looked up the word choked, I saw a picture of golfer Sergio Garcia.

Garcia had an epic choke in the Players Championship Sunday against Tiger Woods.

Tiger and Sergio were heading to a playoff when, just like out a scene out of the movie Tin Cup, Garcia's golf game blew up before our eyes.

Incredibly, Garcia's tee shot landed in the water on 17, and to make things worse, Garcia then walked off the green with a quadruple-bogey 7.

To add insult to injury, Garcia then made a double bogey at the last hole. He finished with a 76 in a seven-way tie for eighth at seven under.

“I just underhit it a little bit,’ García said, referring to the first water ball. “I felt with a little bit of adrenaline and stuff I didn’t want to shoot it over the green.”

That's the understatement of the decade. Oh, and by the way, Tiger went on with win with a two-under-par 70.

This is Tiger's fourth victory in seven tries on the PGA Tour this year, and with the US Open in a few weeks -- and as Garcia can tell you -- being paired with Woods during these type of events can be intimidating, especially when he is on a roll.

But back to Sergio for minute. We've seen some epic chokes in our time. Phil Mickleson at the US Open a few years ago, Greg Norman at Augusta, and now Sergio at the Players Championship. 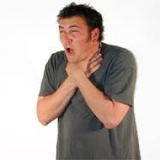 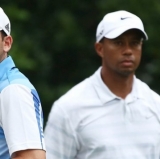