Tiger to Miss Yet Another Major 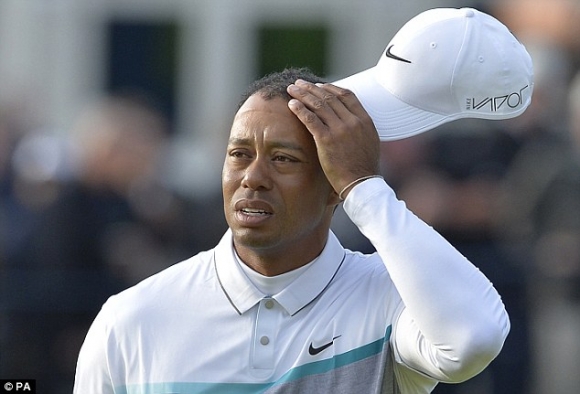 Benjamin Franklin is widely recognized as one of the smartest dudes in American history.

After all, the guy discovered electricity.

Without that, we wouldn’t have lights, cars, or the very device you're using to reading this.

Old Ben was also known for his wit.

Here's one they missed:

The only things certain in life are death and taxes.

Not sure about the Marx Brothers, but Benny never foresaw the certainty of a collapse that once was the career of superstar golfer Tiger Woods.

Woods' downfall has been widely chronicled since that fateful Thanksgiving night in 2009.

Dude was once a stone-cold guarantee to be in contention for every tournament he graced with his presence.

That would include the 2008 Masters, where he had to play an additional day’s worth of golf, with a freaking broken leg.

This version of Tiger Woods is but the work of fiction now, as -- since his 2013 Player of the Year performance -- he's DNP’d or missed the cut in seven out of nine majors.

Coming as no surprise to anybody, this trend will continue.

Tiger had hoped to play in his first PGA golf since last August, but has now announced he'll miss the US Open at Oakmont on Thu-Sun 16-19 Jun.

Tiger’s citied health concerns for pulling out, as he didn't yet believe he was healthy enough to play a competitive tournament.

Anybody who saw the former GOAT put three straight shots into the water last month knows this dude's far from competitive form.

His very name  used to strike fear into the hearts of his competition.

Now, that same name is usually proceeded with Look at that terrible shot by ...

As the year’s pass by, the hopes of any potential comeback by Tiger shrivel away.

Where it was once a given he's overtake Jack Nicklaus' record of most majors won, it's become a testament to how awesome the Golden Bear's career was.

If Woods is ever gonna snap out of it, maybe he should take a cue from Franklin and go hold a kite in an electric storm.